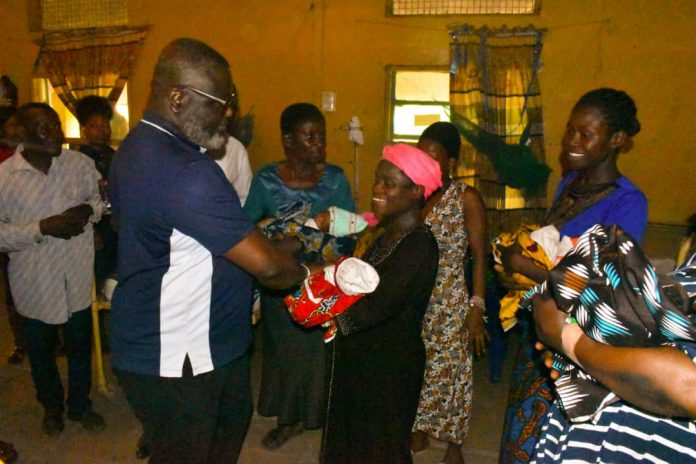 Life’s most persistent and urgent question remains this: What good are you doing for others?
If you can’t feed a hundred people, feed just one. There is no joy equal to that of being able to work for all humanity and doing what you’re doing well. Kindness doesn’t remove but adds to your life.
Helping others to light their candles does not diminish you.
Rt. Hon. Jones Onyereri Ksp Foundation, was borne out of the desire of Rt Hon Jones Onyereri to see that people have support in critical areas to help better their quality of life e.g free medical outreach, skills acquisitions, empowerment for the youths, etc.
It is a Foundation built on love and fear of God for kindness and service to humanity.
Yesterday, the founder of Rt. Hon.Jones Onyereri Foundation, the people’s missionary parliamentarian, Sir Jones Onyereri alongside the Director General DG of the Foundation, Hon. Chinenye Nwabueze with the Foundation’s Team were all on their way back home after spending some good time with the family of Mr and Mrs IfeanyiCY Njoku, whose wife recently delivered a bouncing baby girl.
While we were a stone throw to the house, Sir Jones got an urgent call from someone who informed him of the hospitalization of one Mrs Chinwe Iheakanwa at the General Hospital, Awo-Omamma in Oru East LGA, Orlu zone, Imo State.
Quickly after the phone call, he ordered our convoy to head to the hospital immediately.
On arrival at the hospital, the Officers of the Foundation spent some good time with Mrs Chinwe and other patients in her ward. In our service to humanity and our value and love for the well-being of the people around us and beyond, we extended our kind gesture to other patients of that same ward and prayed for them.
Afterwards, one of the Doctors called on the attention of the Foundation that there are people at the maternity and surgery wards who have been discharged but are yet to offset their bills, especially those that delivered through Cesarean operation (C.S).
Immediately, the Rt. Hon. Jones Onyereri Foundation moved to these wards speedily. On arrival, they Foundation was touched by their situation and ordered for immediate summation of the bills of all the patients at the maternity and surgery wards, respectively.
These bills which amounted to hundred of thousands which were not planned nor budgeted for during the visit were all paid without owing a Kobo.
The patients who were mainly women who delivered by cesarean operations broke down and wept, singing praises to God with tears rolling down their cheeks in joy.
In life, no matter how little, be the reason of someone’s happiness and joy and not his/her sadness.