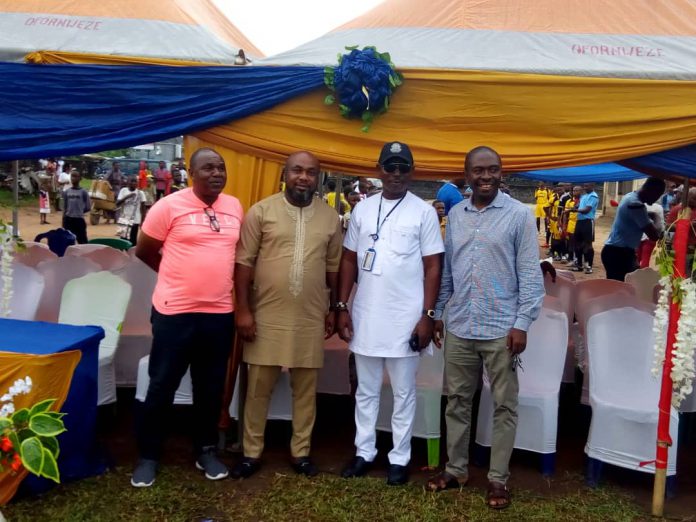 Even the rains over the weekend could not defy the good and enterprising people of Imeriienwe -Upe Autonomous Community as they turned out in mass for the opening ceremony of the 6th edition of Okenze Tobias Ekechi Unity Football Competition tagged “Reunion Edition”.

Speaking at the opening ceremony which was held at the Umuoye central Pitch, the Local Organizing Committee LOC, Chairman, Hon Neville Okere lauded the steadfastness of the donor, Chief (Dr) TOE Ekechi in empowering the youths and uniting his people through sports.

The LOC chairman also noted that as part of the donor’s effort to modify the competition yearly that the first prize has been increased to N600, 000.

Meanwhile, in the opening encounter tagged clash of champions between two time champions, Umuoye and the back to back champions, Umunam, the later silenced their rivals 2-1 to show real intent on winning clinching the trophy for the third time.