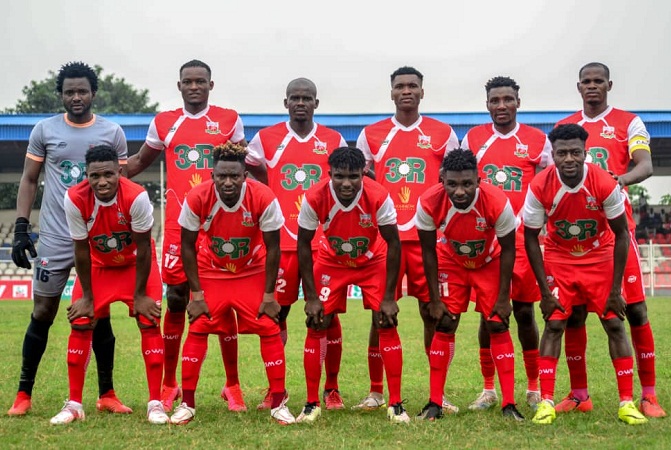 Few months after capitulation of Heartland FC from the NPFL, more woes has continues to face the Owerri based club side with key players seeking greener pastures elsewhere.

According to reports trending on the social media, Abia Warriors Football Club of Umuahia has reportedly agreed terms with four Heartland FC players. It further stated that the likes of former Enyimba rightful back, Andrew Abalogu, Adejo Philip, Alexander Alfred and Olufemi Thomas may be playing for Abia Warriors in the new season if the reports making round is anything to go by.

It could be recalled that Heartland FC gave a good account of themselves in the Aiteo Cup that was abruptly halted following discrepancies between NFF and Club owners.

Meanwhile, former Coach of the five time league champions, Coach Erasmus Onuh who has since pitched tent with Abia Warriors has denied poaching his former players stating that the players on their own made the move to switch camp to the Umuahia based side even as he refused them from doing so when they turned up in his training session at Umuahia.

He further claimed that the players according what he learnt convinced the management of Abia Warriors of their intentions to play for them.