*Ujari Arochukwu Agog, As Clinton Weds Chinonso Traditionally*
By Orji Sampson
The ancient kingdom of Ujari Village in Arochukwu LGA, Abia state will on Easter Sunday April 21, 2019 be agog for the traditional exchange of marital vows between the families of late mazi Honest Vincent & Ada Okoroji and Mr & Mrs Nathan Chukwubueze Ogbuka of Umuoshi Umuichi in Ihitte Uboma LGA, Imo state.
The ceremony which will cement the relationship which started like a joke as Clinton Chukwubueze Ogbuka aka “Junior” and his kinsmen shall ask for the hand of Miss Chinonso Nzenwa Okoroji officially.
Trumpeta gathered that reception follows immediately after the formal marriage rights according to cultural demands by 12noon.
The bride Chinonso Nzenwa Okoroji, a graduate of IMO State University is also the nice of Trumpeta editor, Orji Sampson. 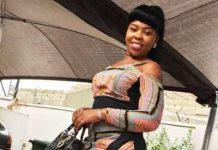 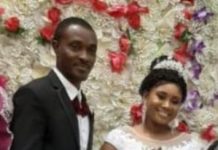