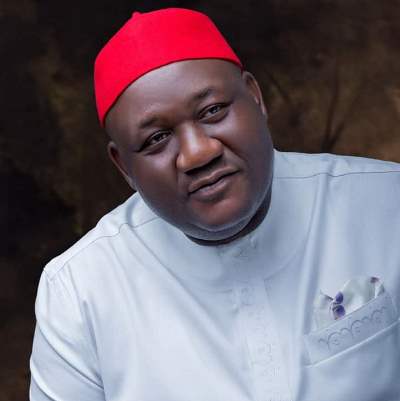 Definitely all roads leading to Umuihii, Ihitte, in Ihitte Uboma Local Government Area of Imo State will be busy today as all manners of people from all walks of life gather to pay final respect to a distinguished son of the town, late Senator Benjamin Chukwuemeka Uwajumogu.
Before the close of last year, the death of Uwajumogu, popularly known as Odokarome, shock the foundation of the nation, especially Imo political hemisphere.
Elected two times to represent Okigwe zone under APC, Uwajumogu had been Speaker of the Imo State House of Assembly 2011- 2015.
Born 52 years ago to late Chief B.O Uwajumogu, a business tycoon who operated a business conglomerate known as Uwajumogu and sons LTD, he has Bsc Economic from the University of New Jersey USA.
As a young man born with silver spoon, the late politician grew up to inherent the vast business empire of the late father, hence went into business early.
In the field of politics, he showed early signs to be part of the system when he became the pioneer chairman of the defunct social Democratic party (SDP) for Ihitte Uboma LGA in 1990.
Later in 1998 he ran for the Ihitte Uboma chairmanship position for the council.
Uwajumogu became PDP House of Assembly candidate for Ihitte Uboma state constituency and won the election in 2011. Late Uwajumogu emerged Speaker before defecting to APGA and later APC. As Speaker, he was the head of the state legislature that allowed the governor (Rochas Okorocha) operate a Rolling plan type of budget. He will also be remembered for steering the ship of the Assembly when the first Deputy Governor to Okorocha Chief Jude Agbaso was impeached.
Rt Hon Benjamin Uwajumogu contested for Imo North (Okigwe Zone) Senatorial district election in 2015 under the All Progressive Congress, APC and won. The victory came after the election petition tribunal nullified the earlier declaration of Chief Athan Nneji Achonu, the candidate of the Peoples Democratic Party, PDP, as winner of the said election due to the electoral umpire (Independent National Electoral Commission – INEC) omission of the logo of Accord Party, paving way for a rerun election within 90 days as declared by the court. The rerun election saw to the victory of Chief Benjamin Uwajumogu as Senator for Okigwe Zone. He recontested in 2019 and was returned elected.
A serving senator of the Federal Republic of Nigeria, and Senate Committee chairman on Labour and employment, Chief Benjamin Chukwuemeka Uwajumogu died on the 18th of December, 2019. His body arrived Imo State House of Assembly and a Valedictory Session was held.