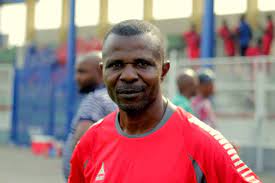 The 3rd edition of the most celebrated elite pre season football tournament on Saturday kicked off with frenzy fashion at the Enugu Centre, as Enugu Rangers, last seasons defending champions were held by NLO side, Lamray United to a one all draw at the University of Nigeria Nsuka Enugu Campus UNEC, playing ground..

The tournament which is packaged by ex international, Ifeanyi Ekwueme will today see Owerri Centre witness what is arguably the biggest game in the NPFL as Naze Millionaires (Heartland FC) will size up against Pride Of Rivers (Rivers United) who are one of the nations representatives in the continent during the first game by 2pm at the Dan Anyiam stadium, Owerri.

Meanwhile, one of the rookie teams with a swag, Firstmahi FC of Owerri has promised to be the surprise package of the week long tournament as the engage one of the NPFL big boys, Abia Warriors in the day’s second encounter by 4pm.

“Yes, we are relatively a very new and young side but I can assure you that we want to surprise our opponents, ourselves and the football fans.

“Although we are still knocking the team into shape ahead of the new season but am excited with the way they are adapting to our pattern of play especially the young ones and we hope to use this pre season games to perfect our style of play and mental alertness during games.

“We would definitely respect the big teams but we have also come to play and this is a very wonderful platform for the team to express gratitude to what the management have done so far.

“Abia Warriors is a very good side, so we are looking forward for an interesting encounter.