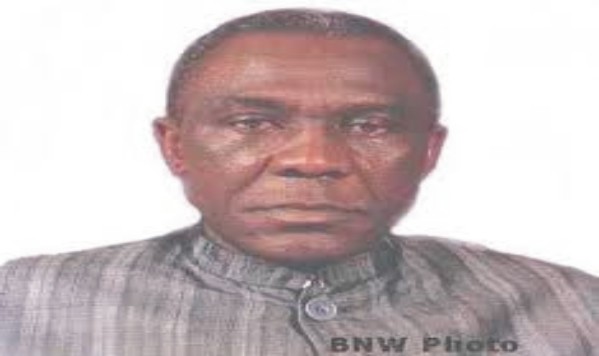 The President of Orlu People’ Assembly, OPA, Fidel Anujuo-OBA- has expressed his sadness over the news of the passing away of Late Senator Francis Arthur Nzeribe who represented Orlu senatorial district for a long time at red chamber.

In his words “I’m sadden by his passing on.

Ogbuagu represented different things to different people due to his many capabilities and capacities; including mastery of National and highwired politics”

Anujuo went further to commiserate with the Nzeribe’s family, Oguta, Orlu zone, ndi Imo and Nigeria in general, over the loss of an astute  economic and political Iroko; as he prayed that God gives the soul of the late leader eternal rest.

Personally, the Leader of Orlu Gong could not hold his tears back as he x-rayed his personal encounter and relationship with the late _Damanze_, “To me, Ogbuagu was a gentleman politician, he kept to his words, both written and unwritten, his kind is rare”.

Finally, the heartbroken, OPA Boss submitted that one of the only ways the present crops of political leaders in the country should appreciate and immortalize the late Lawmaker’s goodwill’s is to imbibe his positive political philosophies especially that of *”ka apka ya akpa”* which is encouraging conversations instead of banditry for a better society.