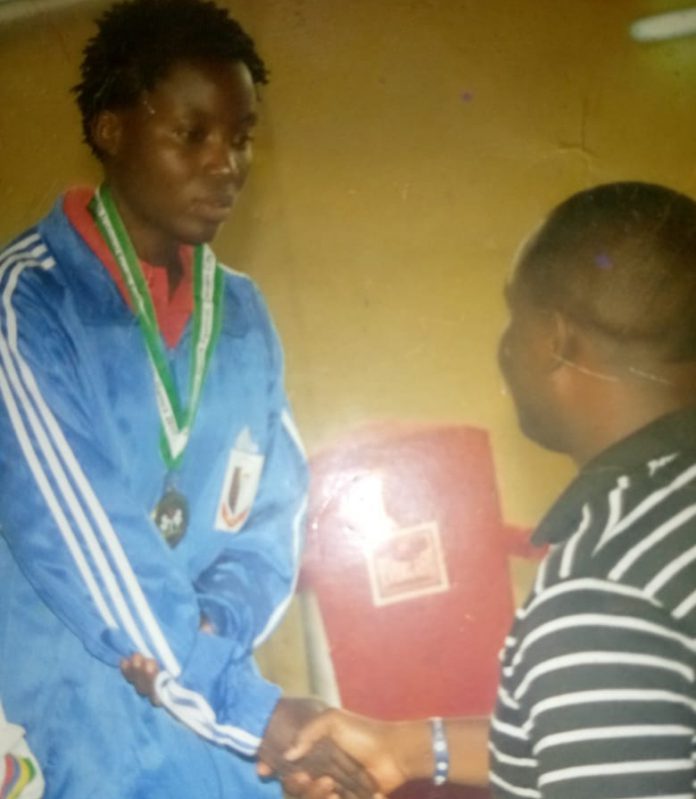 Although the 2023 All Africa Games is still some months ahead, Imo state born National Female Kick -boxing champion, Dike Osinachi has declared her intention and aim to win gold at the continental event which holds in Ghana next year.

In an exclusive chart with Trumpeta sports desk on Tuesday in Owerri, the Uruala in Ideato North LGA born Police officer who started active sports with football under Showing FC were she joined the inaugural Heartland Queens FC before embracing kick -boxing fully said she would have loved to be at Birmingham, England for this year’s Commonwealth Games if the organizers had included her sport in the games.

Expressing her delight over the inclusion of Kick -boxing by organizers of the All Africa Games, Osinachi fondly called “Bekee” by her fellow athletes said she would put in all her effort to not only do well at the games in Ghana next year but to win the gold medal in her category (56kg) as well as to show case her talent to the world.

“I started active sport firstly with football then with Showing FC which later converted into Heartland Queens FC.

“At that time, i was also taking part in kick -boxing and have been winning medals in kick -boxing since 2009 and haven’t looked back till date in my category of 56kg at the National Sports Festivals and National Police Games.

“I also have won medals in Tennis, my second sport but my major concentration is on kick – boxing werer am aiming to be world champion one day.

“It’s really sad that in all i have done for the state, we are yet to be honoured and motivated but am hoping that the authorities would one day as promised do the needful for all of us who have been risking our lives to put the state at the world map of sport.

The easy going and beautiful officer as won laurels for the state and the Imo state Police command (Zone 9) especially at the National Sports Festivals including, Garden City Festival 2011 in Port Harcourt, Eco Festival 2012 in Lagos, Abuja Festival 2018 and the Edo Festival 2020 while winning 2 gold medals at the last National Polices Games held at Awka, Anambra State.