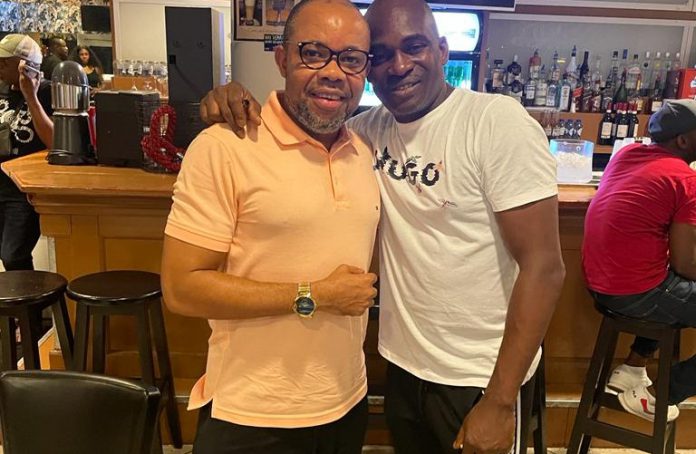 ..Urges Heartland To Go For Glory In Aiteo Cup

Commending Mr Duru for upholding the treats and values of African culture especially in diaspora, Bash who is the CEO of Bashlyks Sports & Event Centre described Mr Duru as a through African who is selling our rich cuisine and traditional audibles in diaspora wishing him well in his endeavour.

“Am excited and at the same time delighted with the achievement of my good brother who is running the biggest African Caribbeans restaurant & Bar in Amsterdam.

“He in fact is an encouragement to other Africans not just in Amsterdam but across the globe.

“I am very proud of what Mr Duru has achieved and i urge all Nigerians and Africans across the globe to always be proud of rich heritage.

Meanwhile, Chief Goodfaith Chibuzo Etuemena has lauded the players and technical crew of Heartland FC on their qualification for the quarter final stage of this seasons Aiteo cup competition.

While congratulating the lads for their ‘Trojans’ performance so far in the cup games, Mr Bash advised them not to relent in their efforts urging them to keep pushing as they surely has what it takes to win the trophy.

He however pleaded with the Government and authorities in charge of the former back to back cup champions to prioritize the players welfare in other to motivate them for glory.