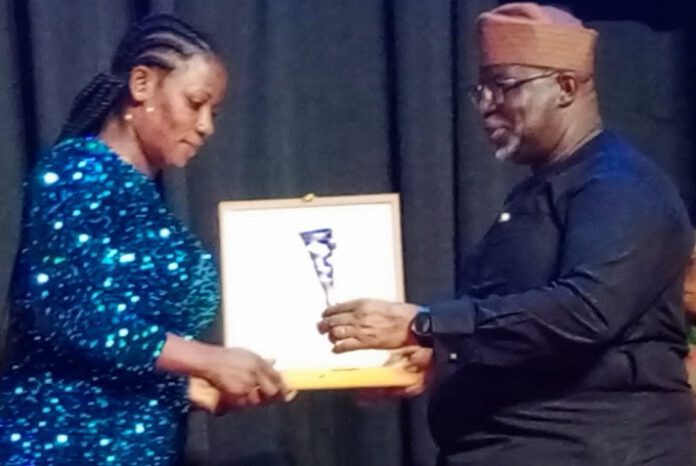 ..Calls For More Support For Female Football In South East

The National Financial Secretary of the Sports Writers Association of Nigeria SWAN, Orji Sampson Nwaokike has congratulated Imo Strikers Queens and their Coach on the 2022 Sharoe Awards where Nelly Orisakwe was adjudged as the “Best Grassroots Coach of the Year”.

“I wish to felicitate with our Sister and friend in the female football business, Orisakwe Nelly Azuka on her meritorious award as the Best Grassroots Coach of the year by Sharoe group.

“The award is an indication that it’s good for one to dedicate him or herself in all their endeavors and that epitomizes Nelly hard work and performance since the formation of Imo Strikers Queens, little wonder they have done so well within a little space of time.

Orji who is a seasoned Sports Journalist and Editor of Imo Trumpeta Newspaper also used the medium to call for more support for female football in the south east noting that talents are bound in the zone but that without enough support and encouragement for girls, it would always be difficult to get the best out of them.

Orisakwe Nelly Azuka according to report was born in Imo state and is a n ex Footballer, coach and teacher who delights in impacting knowledge to the young ones.

She is an Inspector in the Nigerian Police Force but has always been delight to work with young Footballers as she guided Imo Strikers Queens to qualify for the NWFL Championship during the 2021/22 season at Benin, Edo state.

The former Zallas Queens FC of Owerri and Edo Queens FC among other sides in the same year qualified and took Imo Youth female football team to the National Youth Games at Ilorin, Kwara state where they won Silver and also led the team to Abuja for the YSFON games to win bronze.

Not resting on her oars, Nelly in same year took Imo Strikers Queens junior side to the 2022 Soccer Queens Cup in Lokoja, Kogi State in it’s maiden edition to win the trophy.