A soletery goal set up by their Duminitive, attacker promise Anyanwu and powered home by Chinedu Orji was enough for the 10 men Catalonians after one of the players was red carded in the second half of the game.

Barca made it to the final beating highly rated AS Roma through the gamble and lottery of penalties 5 – 2, while marsielle defeated Inter Milan 1 – 0 on their way to the finale.

Speaking to ‘Imo Trumpeta’ after the encounter, the captain of the new champions simply known as Klinsman, said they deserved the trophy considering that they didn’t concede any defeat throughout the championship.

He said, “We prepared very well for this year’s edition after loosing out in the group stage last season and with God on our side we came out on tops even with one man down”.  Klinman concluded.

Reacting to the press after the game, theYSFONStatechairman, Mr. Ndubuisi Opara used the opportunity to thank all the participating teams and all the LOC members of YSFON for a successful outing promising that next season’s edition will be better especially with the support of their sponsor, Cowbell milk.

Promise Anyanwu of Barcelona was later adjudged the most valuable player (MVP) of the tournament. 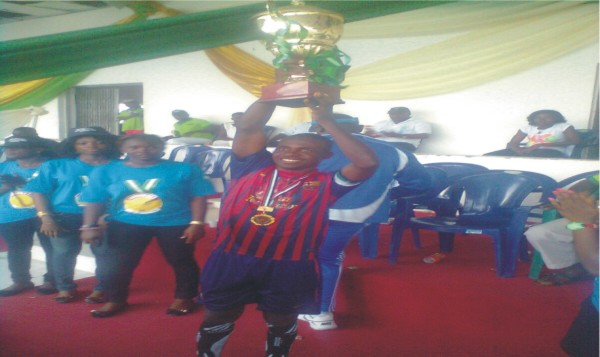