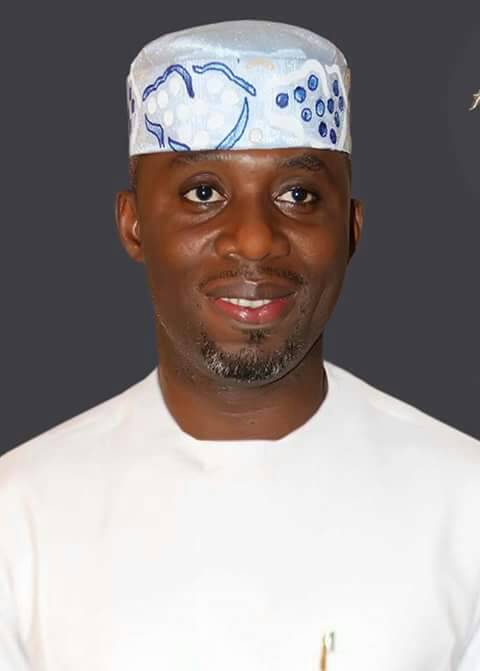 Reasons behind Wednesday’s endorsement of the Chief of Staff to the governor, Chief Uche Nwosu by the members of the Imo State House of Assembly, have been unearthed.

It would be recalled that 17 of the earlier 20 members of the Imo State House of Assembly of APC extraction endorsed the Chief of Staff after an earlier endorsement characterized by controversy.

Two days ago, and in full flare of the camera and journalists, the lawmakers led by the Speaker, Rt Hon Acho Ihim disclosed reasons why they consider it proper to endorse governor’s son inlaw.

Trumpeta correspondent who was part of the briefing at the hotel of one of the lawmakers in New Owerri area noted that while the lawmakers tried to shield their faces away from camera shots during the event, noticed that there is more than the eye can see in while exercise.

This Newspaper learnt that the process leading to the public endorsement commenced few weeks ago when they met at the Speaker’s Lodge to conduct the first endorsement. It was learnt that the bargain to give Nwosu endorsement is an agreement reached between the lawmakers and the governor in what is likened as “you rub my back, I rub your back” arrangement.

It was learnt that majority of the APC lawmakers are seeking for a return ticket to the House. And to achieve it, they had to enter into a bargain with the governor for a partnership to support them.

Though, details of the partnership were not made public, but Trumpeta gathered that there is the pro-Okorocha caucus in the House. The members of the caucus comprising mainly those involved in the endorsement are discussing on a second tenure ticket. Further details have it that even the lawmakers have also disclosed how they will share principal office positions in the next dispensation should the return to office.

Our correspondent was informed that in the coming arrangement, the former majority leader and member representing Owerri zone, Hon Lugard Osuji has been promised to be the next Speaker of the House should Nwosu emerge as Governor with the incumbent Speaker, Ihim, the Deputy, Osuji from Owerri zone will have the Speaker while Ezediaro Henry of Oguta, (Orlu zone) will emerge the Deputy Speaker. Trumpeta was informed that the promises of return ticket and that of principal offices are firing the APC lawmakers to succumb.

Another factor is the bargain that they be allowed to produce officials from their constituency in any political arrangement.

In view of the uncertain political climate beclouding APC, most of the APC lawmakers are disposed to aligning with Okorocha to ensure political survival. Our correspondent somehow learnt from some of the lawmakers that they are not disposed to Nwosu, but has no option than to succumb when it becomes obvious that anyone not for Nwosu is against Okorocha and will likely not only be starved but forced to face obstacles in the Assembly complex.

Majority of the APC lawmakers who agreed to the endorsement have a bargain with Okorocha to arrange their next political move with a ticket for an elective post in 2019.

For instance, the member for Ideato South, and the Deputy Speaker, Amuka Ikechukwu and Ugonna Ozuruigbo are relying on Okorocha to pick Reps tickets to Ideato Fed Constituency and Nkwerre, Nwangele, Isu, Njaba Federal Constituency respectively, while Ihim is looking up for Deputy Governorship slot.

Furthermore, the lawmakers caved into the endorsement agenda to enable the governor release funds for their constituency project as well as other entitlements. With one year to vacate, the House members are willing to do the bid of the Okorocha so that they won’t lose out in the scheme of things.