Two days ago, the Governor-elect of Imo State Rt Hon Emeka Ihedioha unveiled the list of his Transition Technical Committee TTC, through an inauguration that took place at Rockview Hotel, Owerri, Imo State.

On the list are heavy weights in various fields, including Academia, Oil and Gas, Banking, Aviation, Commerce and Industry, Sports, Entertainment, Judiciary etc.

The chairman of the Committee is Dr Enerst Ebi, a former Deputy Governor of the Central Bank of Nigeria CBN and chairman of many Financial Institutions and Blue Chip companies.

The Vice Chairman is Ambassador (Mrs) Kema Chikwe. She is a known woman Activist and politician of repute.

There is also the youthful Dr Linus Okorie, and expert in motivational for a across the globe and was just a Governorship candidate in the March 9 election.

Kanu Nwankwo, the acclaimed Football star made the list. The three time African Footballer of the year is one of the numerous youths that made the TTC.

Also, Frank Nneji, the renowned Transporter, and owner of ABC Transport is part of the list.

Dr Mrs Ndi Okereke, the world recognized Economic guru is chairman of one of the subcommittees.

A former Minister of the Federal Capital Territory, Abuja, Barr Chuka Odom is chairman of the Owerri Urban Development Subcommittee.

Chief Okey Bakasi, a known entertainer and Artiste made the list, and represents the youths.

A former Chief Judge of Imo State Justice Paul Onumagulu is a chairman of Subcommittee.

Also a former Head of Service in Imo State, Mrs Agatha Ndugbu made the list. 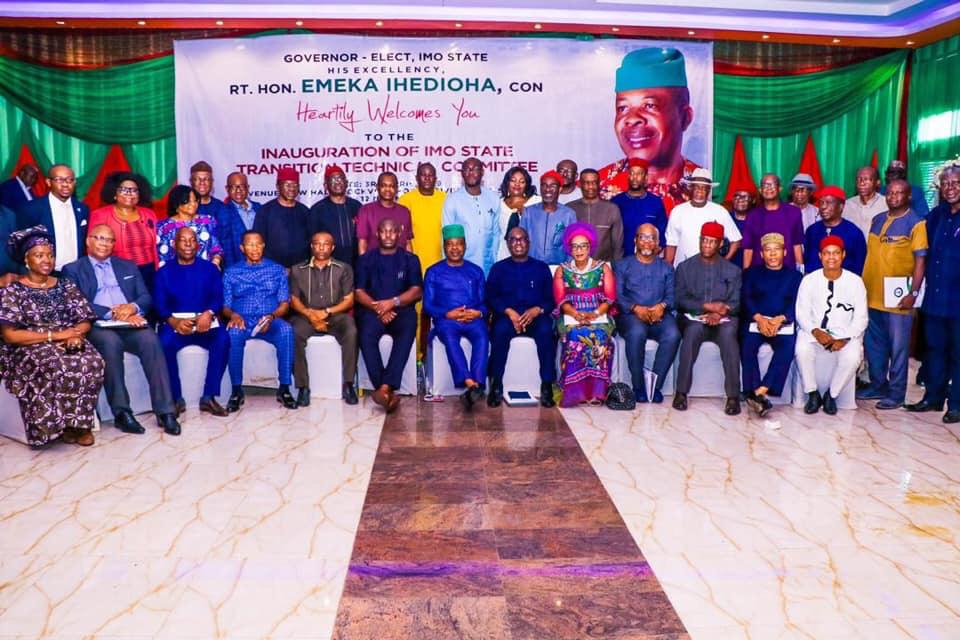