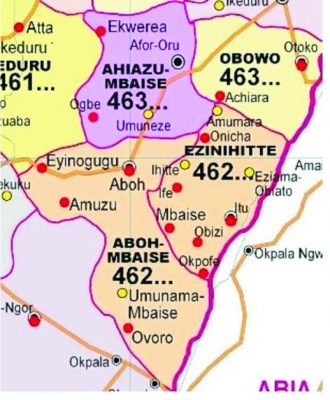 The planning of 2019 Iriji Mbaise may suffer serious setback due to the current crisis that is rocking the key stakeholders forum expected to play a role in the organization of the year’s event.

Our reporter gathered that the misunderstanding between the apex political group known as Ezuruezu Mbaise and the Mbaise council of Traditional rulers has now excalated leading to major disagreement.

While the Ezuruezu is laying claim as the true custodian of the Iriji, the problem as Trumpeta findings observed is over who controls funds. It was learnt that both parties want to control the money generated for the event Ezuruezu has always complained that the Royal fathers lack the capacity to bring out money needed for the programme.

Another group that is interested on the Iriji is the Ezeji group (king of yam). This group are titled men that are great farmers.

The members of Ezeji group claimed that they have been incharge of Iriji for a long time now.

Ezeji members according to information are also planning to boycott the event the matter is not properly settled.

They want Governor, Emeka Ihedioha who is from Mbaise to intervene in the matter of urgency to hold a meeting with all the parties involved in the Iriji Mbaise festival.

The Iriji Mbaise is now a national festival and this year will be a special one because an Mbaise man has emerged Governor for the first time.

Already top government officials and traditional heavy weight outside Mbaise have been invited.