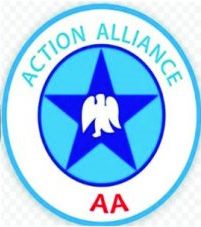 The Action Alliance Political Party AA, has accepted the judgment of a Federal High Court disqualifying the party as one of the political parties that presented a candidate in the March 6, 2019 Governorship election in Imo State.

In a letter addressed to Federal High Court and Action Peoples Party APP with the caption “Re: Acceptance of Court Judgment nullifying the candidature of our party’s Governorship candidate, Uche Nwosu; and nullification of our intention to Appeal the judgment” the party said it has accepted the outcome of the court case which affirmed that AA did not have a candidate in the Imo Governorship election.

In the letter dated August 22, 2019 signed by Barr Kenneth Udeze National Chairman of AA, and National Secretary respectively, the party said “We therefore wish to convey our unalloyed acceptance of the judgment in suit No: FHC/ARJ/CS/235/2019 between Action Peoples Party & 2 Orders V Independent National Electoral Commission & 2 Orders and our intention not to appeal against the said judgment”

The AA said it has taken steps to give effect to and comply with the extant orders of the court.

It would be recalled that this week a Federal High Court in Owerri ruled that Action Alliance AA did not file a Governorship candidate in the 2019 Imo Governorship following some legal irregularities discovered in the course of a litigations filed by the Action Peoples Party APP against AA.

The AA candidate in the election in Imo State was Chief Uche Nwosu, who is in court challenging the victory of Hon Emeka Ihedioha of Peoples Democratic Party, PDP.

With the latest development, it means that the candidature of Uche Nwosu has been rendered illegal and null and void by the verdict from the Federal High Court.