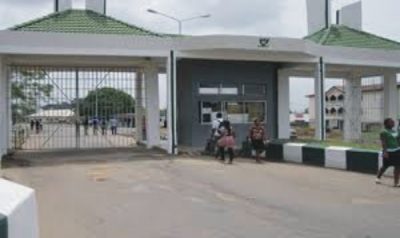 The poor economic situation of Nigeria has taking a toil on students of Alvan Ikoku Federal College of Education, AIFCE and Imo State University, IMSU, both in Owerri and even other tertiary institutions in Imo State as the students have now resorted to donating pints of blood for money to enable them cater for their social needs.

Just two days ago, Trumpeta reporter was at a restaurant for quick lunch when about four youths were seen quarreling with a young female nurse over her refusal to allow them donate blood. Out of curiosity and hungry for news, the reporter drew closer to the nurse to ascertain what the strong argument was on. Explaining, the nurse said that the young men donated blood about three weeks ago and were paid N3,000 each for a pint of blood, only for them to come back begging to donate more but she declined doing so because the percentage of their blood is not sufficient for another donation within a month.

The nurse who preferred anonymity, explained that she declined their requests not just because of her professional ethics, but because of the fear of God and Nigeria justice if something unfortunate happens to them as they can die because of this. She revealed that the students at AIFCE are the most affected because of their school proximity to Federal Medical Center Owerri.

That whenever they run short of money for food and even sorting of lecturers for the purpose of passing semester exams, blood donation is part of their resort to raising of money. She said that they are paid between N3,000 to N5,000 for a pint of blood and some can even take the risk of donating two pints of blood despite not eating nutritious foods.

Further, she revealed that her employer will now sell the blood for N10,000 and above to patients that are in dare need of it. According to her, “ordinarily, if my madam was around, she would have asked me to collect the blood and pay them and if there is any ill development from it, she would push them away after paying them as she didn’t forced them to donate blood. But as for me, I don’t want any trouble.”