While other clubs are engaged with final touches for the commencement of the 2019/20 Nigeria Professional Football League NPFL, Heartland FC of Owerri is embroiled in Management conflict.
This crisis which according to reports started since after the State Government named the General Manager of the club as Hon Ifeanyi Chukwudi and Barr Charles Ezekwem as the Board Chairman among others but came to its full glare when the club had two representatives representing them at the just concluded LMC/Club owner AGM.
Trumpeta gathered that the matter escalated when the AGM was about to enter the business section and LMC chose to identify with the GM while representatives of the Board Chairman had no other option than to step aside.
In a swift reaction the Board suspended the GM in what it termed gross administrative and technical ineptitude among others allegations.
According to a release which was signed by the club media head, Solomon Onu;
“the Board of Heartland FC of Owerri  under the able leadership of Chief Charles Ezekwem have upon due consultation with relevant stakeholders and extensive considerations regarding the welfare and progress of the darling Club of Imolites decided to suspend the General Manager of Heartland FC of Owerri, Chief Chukwudi Ifeanyi indefinitely with immediate effect.
“This action became imperative in the light of gross administrative and technical ineptitude, disloyalty and insubordination to legally constituted superiors and a high level of financial misappropriation.
“The Board reasons that a pragmatic action needed to be taken if the Imo State Governor’s effort in repositioning Heartland FC will see the light of day.
“The Board also wishes to state that this corrective action and immediate palliative measures have amongst other things saved the Club from the potential danger of not participating in the forthcoming NPFL 2019/2020 season thereby steering the ship from hitting the Iceberg.
“The Board and its members categorically affirm that it is not in a mission to witch hunt Chief Chukwudi Ifeanyi or anybody but to make sure that the new Heartland Project is not aborted before conception.
“While the erstwhile GM has been advised to step aside for the time being and return any official property to the Club’s Secretary, steps have been taken to make sure that normal administrative activities continue unencumbered.
“The Club emphasizes that there is a sense unity and commitment of purpose now more than ever before. Coach Ilechukwu and the lads are preparing the team more rigorously than ever before, the team is bonding and becoming more in the tactical image of the Coach’s philosophy, In Okigwe, the technical staff and players are all in the same human page, Heartland FC boasts of having one of the best Pre-season preparations in recent history and even compares favourably against the preparation of other NPFL clubs. With the above reality, the Board clearly states that this temporary setback is only a set up for a big hit in all areas of Concern.
Board thanks all Imolites and the global Heartland fan base for their continued support and enjoins all to remain steadfast in keeping the spartan spirit alive!
The club is bigger and more important than any Individual irrespective of position, portfolio and paraphernalia.
The interest of the club is therefore Paramount more so superior to any personal or pecuniary interest”, the release read.
Although the embattled GM is yet to make any statement or react to the news of his sacking through a letter that was signed by the Secretary of The State Government of Imo State SSG, Barr Uche Onyeagocha who incidentally also signed his appointment letter some months back, Trumpeta wonders if the organizers of the league (LMC), may not view this actions and inactions as government undue interference and follow it with sanctions.
The club it could be recalled witnessed a similar crisis when the then Deputy Chief of Staff, Rt Hon Ugonna Ozuruigbo (OZB) battled Chief Goodfaith Chibuzor Etuemena(Mr Bash) over who controls the club and LMC/The rescue mission government then acted by announcing Mr Bash as the numero -Uno.
Stakeholder and indeed supporters of the former back-to-back champions would expect the government to make a categorical statement over the matter in line with the league guidelines so that the club can function without hiccups especially now that the league is around the corner. 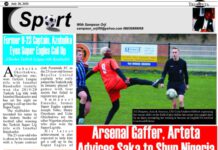 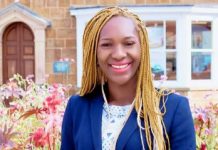 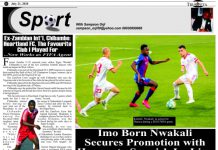 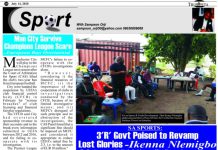 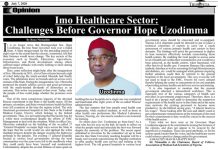 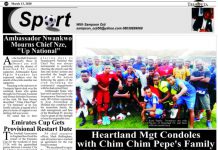