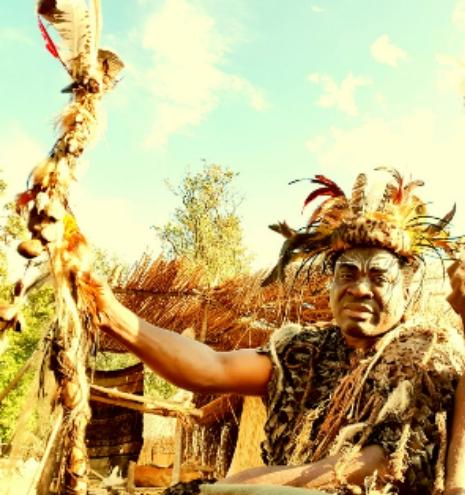 Its a known fact that Nigerians especially the Igbo’s are explorers of the world as they can be seen in every region and country on planet earth, breaking grounds and making exploits through their ingenuity.
So it is for Chief Emmanuel Madu an Aboh Mbaise born entrepreneur, an actor who was featured in the movie titled Recep Ivedik6 which topped the Turkish blockbuster charts.
When Trumpeta extravaganza spotted the broad chocolate skinned movie star at an occasion in Istanbul recently, “Chief Ochicha” like he’s fondly called said that his role as an African chief priest in the movie was a debut in the screen.
The Turkish based actor added that his challenges while shooting the movie is like any other and expressed satisfaction in the outcome.
According to him, “Recep Ivedik6 went to buy an airplane ticket to Konya a province here in Turkey and instead they mistakenly gave him a ticket for Kenya and that was how the adventure of Recep Ivedik6 started in Africa.
“we shot the movie for months at different locations, every kind of move has its own challenges from the scripts to the scenes, but the out come was a success story for the cast and crew”.
“Most importantly I had fun because I came to understand a lot about my host country’s culture and tradition as the also learnt from Africa through me” he concluded.