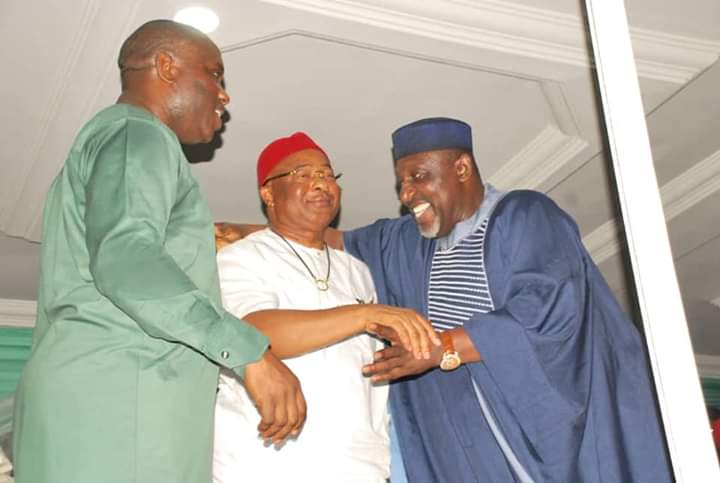 There are strong indications that agents of the former governors who ruled Imo State may not be considered for political positions in the new Hope Uzodinma administration.
Uzodinma in his maiden speech announced intention to probe former governors from 2010 till date which sees Chief Ikedi Ohakim, Owelle Rochas Okorocha and Rt Hon Emeka Ihedioha in the bracket of those to be investigated.
Grapevine sources within the camp of Senator Uzodinma revealed that none of those who served the former governors may get attention in the present dispensation as appointees.
A top notcher in the governor’s camp revealed that since the past administrations are under probe, no actor who was part of the past system shall be considered for appointment.
Moments after he was sworn in, Uzodinma ordered the Accountant General of the State to within four day from Wednesday forward to him the comprehensive financial status from May 29,2010, till date. He equally asked Permanent Secretaries of all ministries in the state to with the same period forward to him the status of all the contracts awarded.