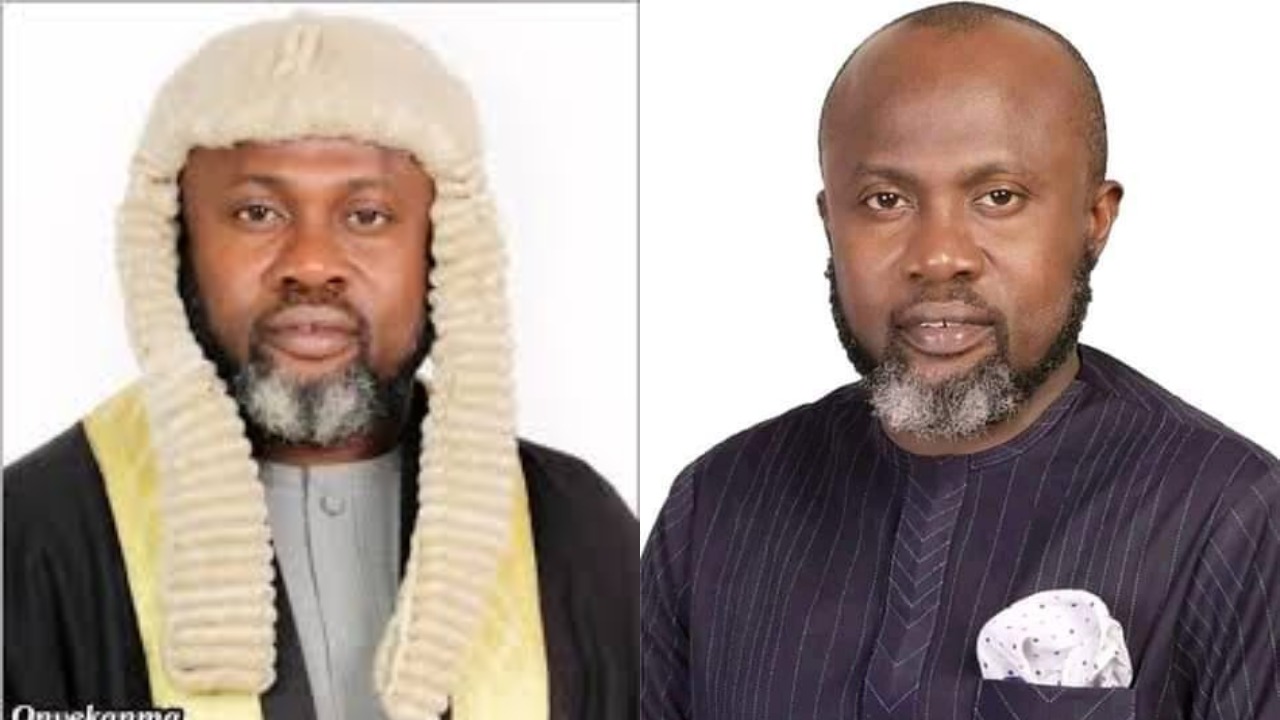 That the Deputy Speaker of the Imo State House of Assembly, Rt Hon Okey Onyekanma has resigned from his office is no more News. However, what has gripped the Airwaves is the reason or reasons he vacated his plum job to become an ordinary member of Imo Legislature.
Trumpeta learnt that Onyekanma, who called a Press Conference in his ancestral home of Eziome Mbieri  Mbaitoli LGA on Tuesday to announce his decision had early put forward his resignation to the House.
Trumpeta was reliably informed that Hon Okey Onyekanma had to vacate office because the zoning formula of the Imo House of Assembly through which Principal Officers of the House are elected does not favour Onyekanma anymore, and therefore he had no other option than to resign as a gentleman.
This Newspaper learnt that the office of the Deputy Speaker is usually zoned to the area that produced the Governor at any given time.
Therefore, the recent development, which produced Governor Hope Uzodinma, has altered the zoning arrangement, by pushing the office of Imo Deputy Speaker to Orlu zone, where Governor Uzodinma comes from.
Earlier, Onyekanma had to emerge Deputy Speaker, because Governor Emeka Ihedioha hails from Owerri zone as well as Onyekanma.
Therefore, rather than cause crisis by sitting tight in office, Onyekanma voluntarily gave way for the zoning formula to prevail.
However, indications are that the youthful lawmaker is sticking to Peoples Democratic Party, PDP, at least for now, as he is not joining the Bandwagon of those trooping into the ruling All Progressive Congress, APC.
Onyekanma hails from Eziome Mbieri, in Mbaitoli LGA, the same Mbaike zone with the present Deputy Governor of the State, Prof Placid Njoku who is native of Amaimo Ikeduru LGA.