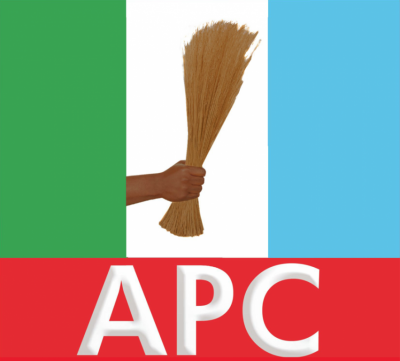 There are strong indications that the dissolution fever that has caught up with the All Progressive Congress, APC, may catch up with the Imo State Chapter, if reports reaching Trumpeta is to be taking serious.
Recall that following the intra party crisis that rocked the party which saw the National Working Committee, NWC led by the suspended chairman, Comrade Adams Oshiomole dissolved for a Caretaker Committee, the rumblings at the national stage may creep into the state.
Trumpeta was exclusively informed  that part of the discussions the Caretaker Committee of the party led by Mal Bunu, Governor of Yobe State had was eradication of crisis at all stages of the party.
The party is said to be considering dissolution of the state chapters where there is legal issues and disagreement over authentic party officials at the state level.
This newspaper gathered from the party office in Abuja that the case of Imo where two factions are laying claims to the leadership of the state executive falls into the category of the state where the Exco will be dissolved for a new one.
The Caretaker Committee is considering the same option applied at the national level to be extended to the state chapter of the party for a clean bill of health ahead the special national convention.
A member of the Caretaker Committee was said to have revealed that having settled the crisis at the centre through dissolution of the NWC, similar approach should be extended to troublesome states like Imo, suffering similar challenges.
Imo falls into the category of the states that risk dissolution following the continued claims of the Marcon Nlemigbo led faction against that of Dan Nwafor.
Before the coming of Nlemigbo and Exco members, Dan Nwafor had been in charge as his group were elected before the ousted Oshiomole led National Exco shoved them aside for the Caretaker Committee arrangement.
However, the Nwafor group never ceased to resist their sack as it went to court and obtained a judgment that restored them to power which was not recognized till the present dispensation.
In view of the current development, the Nwafor group has continued to kick against their removal forcing the new caretaker committee at the national level to consider a dissolution as panacea for peace.