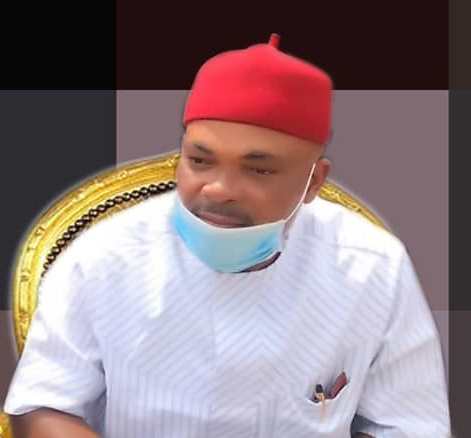 By Onyekachi Eze
The glaring level of under development, orchestrated by poor economic and social infrastructure across the length and breadth of Amiri, one of the Communities in Oru East Local Government Area, Imo State, has attracted the ire of a Chieftain of the People’s Democratic Party, PDP, from the LGA, Chief Victor Walaco.
Apparently angered by the many years of poor human, capital and infrastructural developments in Amiri, Chief Walaco, also known as “Akuejuafor 1 of Amiri Ancient Kingdom”, from Ezioha Umuduru Amiri, has challenged the APC Government in the State to change the narrative, by giving Amiri clan rightful place they deserve.
He frowned that successive Governments, for the past 10 years have sidelined Amiri, as if it is not part of Oru East, and Imo State.
Drawing his criticisms from the agony of the rural dwellers, Chief Walaco hinted that across the ten villages in Amiri, there are neither accessible roads, electricity nor pipe borne water.
According to him, these are the major responsibility of a Government; including protection of lives and property.
Continuing, Chief Walaco urged the State Governor, Senator Hope Uzodinma to change the narrative, especially as a son of Oru East.
In his words, “As a son of Oru East, Governor Hope Uzodinma doesn’t need to be briefed that among the communities in Oru East, Amiri people are suffering more. They have suffered for many years. Sidelined like aliens. Both of appointments and major projects, other people are always favoured, except Amiri. This is heartbreaking”.
However, Walaco outlined that major roads like the Amiri Junction/Orie Amiri/Atta Njaba Road need a serious attention and solid construction, adding that it has great economic relevance to traders and motorists.
Another viable road, according to him is the Nkwo Awo-Omamma/Amiri/Omuma Road, and a lot of other connecting roads begging for rescue.
Similarly, the issues of the dilapidated Amiri Health Centres, electricity, and safely managed water were x-rayed, and thereby called on the Governor to put Amiri in the scheme of things, so as to correct a negative impression the people had towards Governance.
“Since after the time Dr. Okechukwu Okibede left the House till today, there is no presence of Government in Amiri. There is no road, no electricity, no water, no health centre. Elections are over, Let Governance begin”.
Meanwhile, Chief Victor Walaco has drawn the attention of the State Governor on the affairs of the newly awarded 12KM of Awo-Omamma/Okwudor Road.
Worried by the absence of either the Chinese Contractors (Henan D. R) or construction machines at the site, Walaco, inquires what is still delaying the commencement of work after days it was awarded.
He insists that the issue should not be business as usual, where Government will observe a flag-off, and go back the old way without executing the job.
“12KM of road shouldn’t be delayed as such. Even the 18months duration given for its completion is too much for that road. Whichever be the case, our people are watching. Days after the flag-off, work should have commenced at the site, but neither the Contractors, nor their equipments are seen nowhere here. It doesn’t send a good message”, Walaco added.
“What Oru East LGA have so far in this Government, is like clapping for other Local Governments, while the Governor is from the LGA. We know he is a Governor of the entire State, but up till date, there is no Government presence in Oru East”, he said.
Speaking for the 2023 Presidency, the National Coordinator, Atikulated Agenda 2019, Ghana Chapter, urged the Nigerian Youth to be conscious of the 2023  elections, stressing that APC has slow paced development of the Country so much.
He submitted, “We should go back to the party we are conversant with, which is the PDP. The only person that can stabilize this Country is His Excellency, Alhaji Atiku Abubakar. We need to rally round him in the year 2023 to make sure he emerge the next President of the Federal Republic of Nigeria”.
“The support for Atiku Abubakar is because he has the political Will and vision, unlike the tribalistic fellows. APC Government is a dead Party. By God’s Grace, PDP will bounce back for the purposes of good governance and all inclusive people’s oriented programs and policies”.