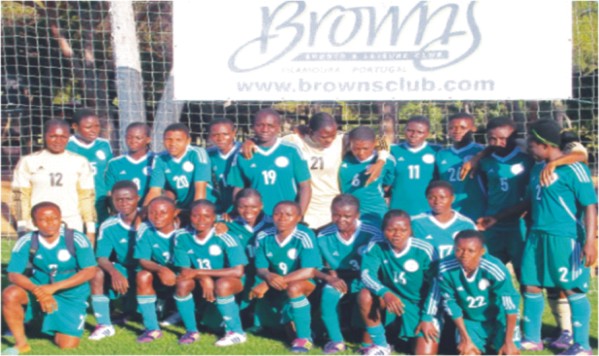 Once again, Nigeria are set to finish the year as the leading African team in the FIFA/Coca-Cola Women’s World Ranking. Positioned 38th overall, the Super Falcons are currently soaring 13 places higher than closest rivals Cameroon – a domination they have maintained since the rankings were first launched 17 years ago.
“It’s difficult to get to the top, but it’s just as complicated to stay there,” says Nigeria goalkeeper Chiamaka Nnadozie, explaining the challenge facing her side to FIFA.com. “You become the team to beat, the one everybody wants to knock off the throne. For us, we owe it to ourselves to stay at the top. That means never taking our dominant position for granted, and obviously never stopping working hard.”
Nnadozie has good reason to remain prudent. No African side reached further than Nigeria at the FIFA Women’s World Cup France 2019™, but after their Round of 16 exit they then failed to qualify for the Women’s Olympic Football Tournament at Tokyo 2020. Their hopes were ultimately dashed by Côte d’Ivoire, who edged through despite being unable to beat the Super Falcons in a pair of draws (0-0, 1-1). “It happens,” says Nnadozie. “We know that the level of competition keeps getting tougher, but we won’t let up.”
The youngster is clearly blessed with a strong character. She needs it too, given the importance of her role in the team at just 19 years of age. “I’d be lying to you if I said there’s no pressure,” she adds. “I have a lot of it, but I’ve learned how to deal with it. The key is to stay calm and keep your composure. You need to keep a cool head whatever happens and never panic. Staying calm allows you to get out of any situation.”

“For the men’s award, I’m a huge fan of Manuel Neuer, so he’s my favourite. For the women, in my opinion it comes down to a duel between Sarah Bouhaddi and Alyssa Naeher. I don’t have a preference, but for me those two are the best women’s goalkeepers in the world.”

Chiamaka Nnadozie is the goalkeeper of top-ranked African side Nigeria
Aged 18, she set a FIFA Women’s World Cup™ record at France 2019
She is now enjoying club football in France’s Division 1 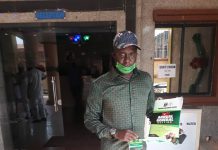