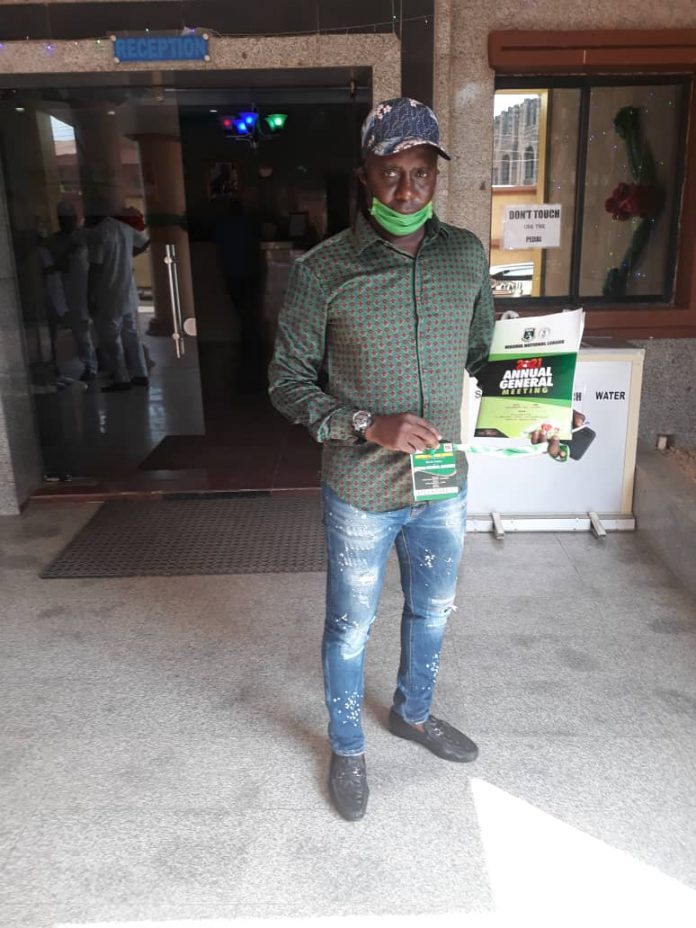 Former Super Eagles Players and TICO/SELECT Africa representative, IFEANYI EMMANUEL EKWUEME has promised to lead Apex Krane FC of Delta State from the Nigeria National Legue NNL,  to the Nigerian Professional Football League, NPFL.
The former Sporting Director/Marketing Officer of Heartland FC, Owerri made the promise while speaking to Trumpeta Sports desk from Ebonyi State over the weekend shortly after the Nigeria National League NNL, Annual General Meeting AGM,  assuring to use his wealth of experience and contact to promote the team to the Premier League come next season.
The ex -international who played for one of the top teams in Poland was recently appointed the CEO of Apex Krane FC saying he intends to run the club like a full professional team as it obtains in Europe standard.
He however pointed out that welfare of the players and officials will be the main priority to him. “As the ambassador of TICO/ SELECT in Africa, l will make sure they partner with us to take the team to the next level”, Ekwueme said.
Meanwhile the Chaieman of NNL, Sen. Obinna Ogba has showered congratulated Ifeanyi Ekwueme on  his new appointment.
He urged the former players to emulate Ekwueme in supporting the growth of Nigerian football. Ekwueme, who is also the chairman IFEANYI EMMANUEL EKWUEME football academy based in Okigwe, said he will hand over the team to God, for protection and guidance and begged his friends, supporters and well wishers of the club to always pray for the team.