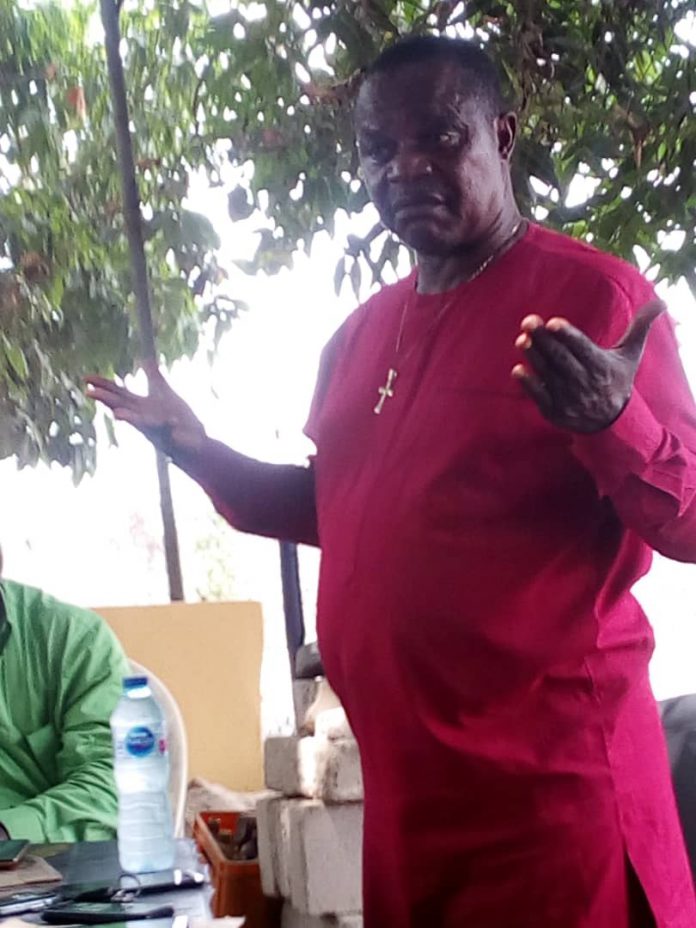 The Imo State Chairman and South East Cordinator of the Super Eagles Supporters Club, Chief Eric Ihentuge has learnt his voice on the continued interference in Heartland FC by some politicians and appointees.
Ihentuge advised against some of the government appointees running affairs of Heartland FC of when he visited members of the Sports Writers Association of Nigeria SWAN, Imo state chapter at the Imo FA during their meeting on Tuesday.
The well respected leader of the Eagles Supporters club who said his group would continue to point out the wrongs militating against the club noted that the act negates stipulations of FIFA, CAF, NFF and LMC as regards how clubs should be run even when the government provides funding.
He maintained that a football club composes of a board who makes policies and a management team led by a General Manager that handles the day to day running of the club just as the technical crew handles the players and matches and should be held liable for the wrongs.
“As the Supporters Chairman, I can’t start telling the coach of the team how to coach and handle his matches,” Ihentuge said.
The vocal singer during games went further to advice the Imo state Governor, Sen Hope Uzodinma to call the Imo House of Assembly Deputy Speaker and the Sports Commissioner to restrict their activities to supervisory role instead of usurping the role of the club’s GM insisting that it is rocking the clubs harmony and progress.
While commending the Governor for releasing the fund for the payment of the FIFA fine on Heartland FC which he said will allow the club to use  their newly acquired legs also noted that the GM should be given time to do his job to best of his knowledge unhindered adding that if he fails Imolites and all should judge him urging government on the need to allow professionals handle football affaires while politicians face their responsibilities.
Meanwhile, Heartland FC has been charged for breaching the NPFL Framework & Rules in the Matchday 9 game at MFM FC
Heartland breached the NPFL Framework and Rules after shirts and shorts worn by its players didn’t display numbers, surnames, club name and logo.
These acts breach Rules B9.7-8 for non-display of name & number on kits & B9.26 for wearing unregistered kits of the NPFL Framework & Rules
A fixed penalty of N100,000 was imposed on Heartland as well as a fine of N1 million for the breach
Heartland has 48 hours to appeal the sanction.