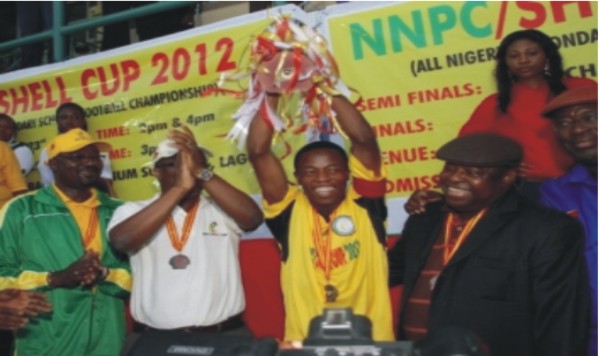 ..As SWAN President, Others Laud Gov

Few days to the all important Nigeria clubs clash for a place in the CAF Confederation group stage between Rivers United and Enyimba Int’l, the Port Harcourt based side seems to be more motivated.
This is so as Gov Wike Has Donated State Of The Art Buses, Ambulances To Both Rivers Utd And Rivers Angels.
This was done at a brief ceremony yesterday at the Rivers state Government House, with the Governor promising the gift of ten million naira to each of the clubs for every away win in the on-going domestic league.
He charged both teams to make the state proud by winning laurels and see their lives changed for good.
Earlier, the state Commissioner for Sports, Hon Boma Iyaye revealed how the governor’s attention to sports has been unrivaled, especially the establishment of the star legacy project -the Real Madrid Football Academy.
Also speaking, the Permanent Secretary of Ministry of sports and  National President of the Sports Writers Association of Nigeria SWAN, Sir Honour Sirawoo, said the exploits of Governor Wike had been well -recognized by the body of international sports writers -AIPS, who accordingly conferred on him the Power of Sports Africa.
The Management and players of both teams were very delighted and expressed their commitment to fight for more laurels for the state.