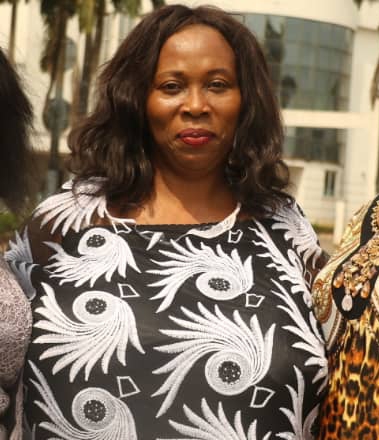 Imo Angels FC, Owerri has commiserateed with the management, technical crew and players of Heartland Queens FC, Owerri over the death of their Chairperson, Lady Tessy Nwoke.
In a release made available by the clubs media, they described her demise indeed is painful and a huge loss to Imo state especially female football in Nigeria.
“We wish to join her football fans, her friends, well wishers and the entire football fraternity to sympathize with her immediate family, Heartland Queens FC, Imo FA and the Ministry of Sports, Owerri over the irreparable loss.
“Until her demise, Tessy was the chairperson of Heartland Queens football club Owerri and a member of the Nigerian Women Football League NWFL board.
“Nwoke’s immense contribution to the growth of female football in Nigeria and the stability of Heartland Queens can never be over emphasized particularly her plans to improve the team
“We in Imo Angels FC sincerely pray for the repose of Nwoke and the fortitude for the family to bear the painful loss.

Her death was said to have occurred on Sunday, an unfortunate eventuality for the club as they lose a Chairperson, who took the reins of leadership to bring about progress.
Upon assumption of office, she had tasked players and officials of Heartland Queens to recommit themselves to moving the club from obscurity to the Premier league.
A journalist by profession, the late Nwoke hailed from Ihitte Uboma Local Government Area of Imo State and had only begun to implement the structural and adminstrative processes necessary to bring about her objective of lifting the Heartland Queens club to prominence before her untimely end.