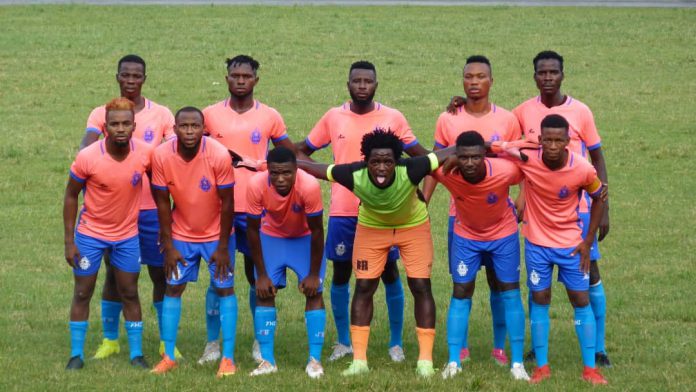 After two days of coming together, one of the fastest growing football side in the nation, Firstmahi FC shoed some resilience in their second game at the Ifeanyi Ekwueme TICO/SELECT pre season tournament.

Firstmahi almost created the first major upset of the tournament in Owerri center when the newly found team hit the wood work and lost a last minute opportunity to equalize against Heartland FC of Owerri on Thursday.

Alex Olumide had only the keeper to beat after living his marker trailing behind but missed what would have been the last kick equalizer of the game for the Coach Onyegbule Ezekiel tutored side that is less than a month old.

Soccer fans at the stadium in their various assessments shortly after the game believe the team gave the former league champions a good fight.

The Owerri based side who are itching to compete in the Nations second tier of the league lost their first game to Abia Warriors but put up a good fight against Heartland and will be facing Rivers United and Apex Krane FC in their remaining fixtures.