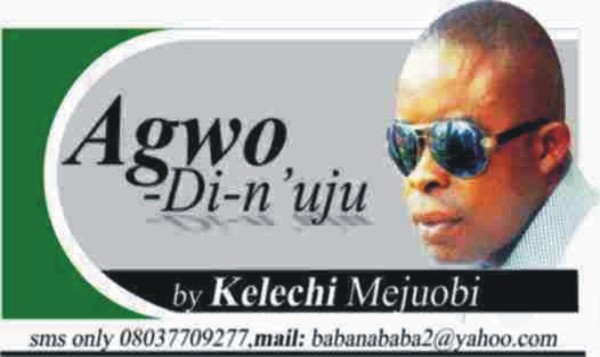 I attempted to shy away from this commentary following debased commentaries from suspected pen mercantilists believed to be exponents of a pen for a money when a group came up with the Egbu Declaration of 2021.

Since a group from Imo East Senatorial District,(Owerri Zone) resurfaced the Egbu Declaration agenda few weeks ago, mixed reactions coupled with warped reasoning have continued to trail the outcome. Most of the write ups are products of sectional and political colouration if the identity of the authors are considered.

Egbu Declaration, if one can easily decode, has to do with the desire of a group, believed to be made up of those from the nine LGAs of the state, clamouring for an Imo governor of Owerri Zone extraction.

According to the group, the recent one is the fourth time it has reflected on the Owerri zone dream of having their person in Government House, Owerri.

Sympathisers of the Owerri zone for governor have always cashed on the perceived lesser months the only person from the zone who had had the opportunity to govern the state; Evan Enwerem recorded.

Statistics has it that the first civilian governor, Samuel Onunaka Mbakwe from Avutu, Obowo is of Okigwe zone. Despite that it was the old Imo State Mbakwe was in charge, the popular believe is that he gained those years for Okigwe zone with a term of four years (1979 -1982), and another half term of two years (1982-1984), before the military struck to disrupt the democratic process of the second republic in Nigeria.

The next dispensation saw the Owerri zone man, Enwerem in power (1991-1993). He was unable to complete one tenure before the military struck again. When Nigeria’s nascent democracy returned in 1999, Achike Udenwa of Orlu was on board. He ruled for eight years that terminated in 2007 before another Okigwe Zone man, Ikedi Godson Ohakim took over.

Ohakim was in the saddle for four years only before the mantle returned to Orlu Zone through Rochas Anayo Ethelbert Okorocha in 2011.

By the time Okorocha completed his tenure, there was an interesting development Emeka Ihedioha of Owerri zone came and had seven months before Orlu Zone came back through Hope Uzodinmma courtesy of the Supreme Court final arbitration of who actually won the 2019 Governoship race.

Adherents of the crusade go further to claim that in 1998/99, democracy returned, Owerri zone aspirants for the governoship seat like Humphrey Anumudu was allegedly urged to “relax” for Udenwa of Orlu Zone to get the PDP ticket and become governor since no Orlu person had ruled Imo prior to that era. Based on this, the Owerri zone for governor pathfinders imported the yet to be verified “Charter of Equity” that paves way for the zone to at least have a deserved shot to the throne.

With 2023 election programs drawing closer, the Owerri zone for governor crusade has commenced again in earnest. While the camp of Ihedioha of PDP are throwing the matter, Uzodinma’s egoons in APC come up with epistles to rubbish the new wave. An indication that is a game of interest notwithstanding the zones of the partakers.

Having closely observed political developments in Imo State since the nascent democracy debuted, Owerri zone politicians and their cohorts who want to be in Government House, Owerri have always tried to exploit this demand to gain not just a political advantage but also whip up sentiments in public space.

Ahead the next general election and this increasing clamour, this piece will consider if actually anyone is has been or against Owerri zone to produce the governor?

ABSENCE OF ZONING FORMULA
Despite several claims from different quarters in the state, I don’t think a zoning formula either in the constitution or anywhere guarantees any of the three zones; Owerri, Orlu and Okigwe right to produce the governor any election year. Same for a concrete and verifiable charter of equity either in written form or mutual agreements for the office of the governor. I am yet to set my eyes on it and the absence of such in public domain means it could be propaganda tool by any of the contenders.

There is no gainsaying the fact that the absence of such concrete agreement forced governorship candidates from Owerri zone to contest every poll each election year. In 2003 Udenwa ran for his second term, Owerri zone had candidates who challenged his bid to retain power. Records state that Anumudu and Martin Agbaso contested under defunct ANPP and UNPC respectively.

In 2007, it was a tough battle between the eventual winner, Ohakim and Agbaso who ran with APGA. 2011 was dramatic for the zone after Agbaso who showed earlier interest for the position latter allowed Okorocha of Orlu Zone to enable his younger brother, Jude Agbaso become the Deputy Governor under APGA .

Ihedioha also of Owerri zone cut his teeth in the race in 2015 and repeated in 2019. Therefore, if Owerri zone candidates had thrown their hat into the ring for the governoship in previous elections how will the zone expect others to spare one election period only for an Owerri man to become governor?
If Owerri zone candidates had asked for votes each election year, why should the nine LGAs that make of the zone should not expect other contestants from Okigwe and Orlu in 2023?

Irrespective of Zonal clamour, some die hard party faithful keeps to the political party demands. Party leaders and officials from Owerri zone have always considered the call for Owerri Zone Governor as fairy tales from opposing groups. I had a chance to meet a particular leader in the zone, specifically from Owerri North who swore not to vote Okorocha for a second term in 2015. The politician was among those who fought the battle to stop Ohakim’s second tenure that would have guaranteed Owerri zone chance in 2015. He backed Okorocha in 2011. When 2015 approached, he took an oath to quit support for Okorocha if he refused to allow Owerri zone man run under APC. But due to partisan proclivity, the politician who was a major backer to one of the socio-political groups involved in the campaign during that period delivered for the former governor when it mattered most.

Another major factor that can’t be overlooked is selfish gains most major politicians, including Owerri zone politicians play in every election dispensation. The growth of stomach infrastructure in politics makes many abandon collective goals for selfish gains.

After the 2011 election, a strong Owerri zone social political group sprung up with some leaders who raised the structure to make case for a governor from the senatorial district. But before the 2015 election, the major players that had mobilised people and drummed support for an Owerri governor turned 360 degrees overnight to become the chief campaigner for the Orlu Zone Okorocha.

Invariably, if closely assessed, those asking for Owerri zone governor can be likened to sheer desperadoes seeking veritable platform to gain power in Douglas House, as the seat of power is called in Imo State.