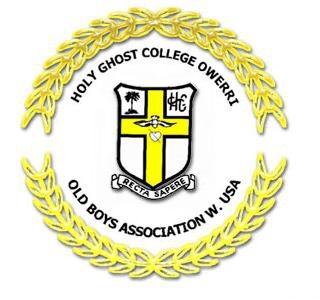 It was a gathering of creme -de-la-creme in the society penultimate Wednesday 29 December 2021, as the Old Boys Association of the prestigious Holy Ghost College Owerri class of 1987, met for the first time after leaving school since 34 years.

The reunion party started with a facility tour of the school premises which left the old Boys with nostalgic feelings of their school days.

They were conducted round the school premises by the interim president of the association, Engr Chibueze Ekeocha as the visit availed the Old Boys the opportunity to see things for themselves.

Thereafter, they proceeded to a serene environment, the Royal Event Centre for a dinner party.

Addressing guests and members at the event, the interim president of the association, Engr Ekeocha stated that they are happy to meet again pointing out that many of them have not seen physically since they left school 34 years ago.

He opined that the aim of the association is on how to give back to the school and make Holy Ghost College better.

“We want to focus our attention on how to make the school better, give back to our alma mater and improve on our relationship”.

Ekeocha expressed his satisfaction on the reunion after many decades, stressing that they have broken the jinx by having the inaugural union and maintained that childhood friends are always better.

Contributing the Senior Prefect of 1987 set and a former member of Imo State House of Assembly, Hon (Dr) Alex Emeziem thanked Chibueze for the initiative and noted that younger sets are already doing something  in the school.

He stressed on the need for his classmates to embark on a signature project in their alma mater, pointing out that the essence of the association is to fraternise and give back to the school.

Emeziem suggested that they should embark on a life project and support the tree planting proposal even as he thanked the conveners and organizers of the reunion.

He however proposed that the reunion should be an annual event.

Lending his voice, Chief Victor Okoro noted that they have visited the school and saw wonderful things as well as things not wonderful, new projects and dilapidated buildings but regretted that there is nothing to remember their set for.

Against this backdrop he suggested that they should embark on an indelible project that will stand the sands of time no matter how long it will take to complete.

Continuing he said “Bishop Whelan is no longer a hostel, St Thomas is buried, the school pitch is nothing to write home about, St Andrews hostel is a dilapidated building. Let us have a goal,  it will not be difficult “he concluded.

The Old Boys were treated to a sumptuous dinner, while old school lyrics rendered the air, thereby taking the Old Boys now men back to their youthful days.

It was an evening to behold according to Agwu Okoro.