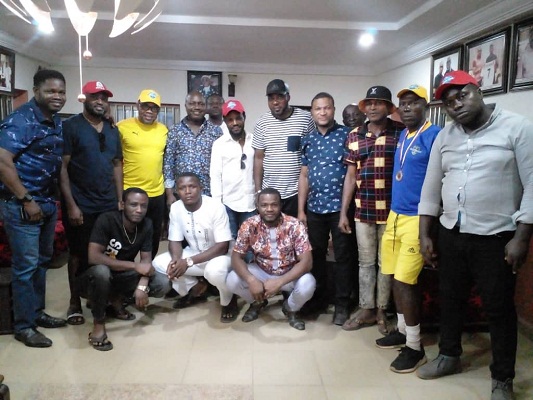 Citizens of Umumaisiaku in Ideato South LGA in diaspora have been praised for their continued conscious effort towards bringing development to their people.
This commendation was made recently by the former Chairman of Heartland FC, Chief Goodfaith Chibuzo Etuemena “Mr Bash” when he welcomed them to his country home in Umumaisiaku during the yuletide period to appreciate them for the advancement of their community through sports.
While encouraging them not to relent on their combined effort to promote development in Umumaisiaku, Mr Bash noted that societal development can not be left in the hands of the government alone commending the his brothers for coming together with their personal resources to help move their community forward.
Recall that some of the indigenes of Umumaisiaku in diaspora recently expanded their football playing field, replacing the pitch with standard goal posts as well as installation of perimeter fence round the sports arena.
According to the group they are also planning to commence construction on the spectators terrace at the cost of N35m.
Responding on behalf of the group, Chief Chindu Agu who is based in US expressed gratitude to ‘Mr Bash’ for taking time to recognise and appreciate their efforts towards advancing development in their area assuring that it further propel to do more.