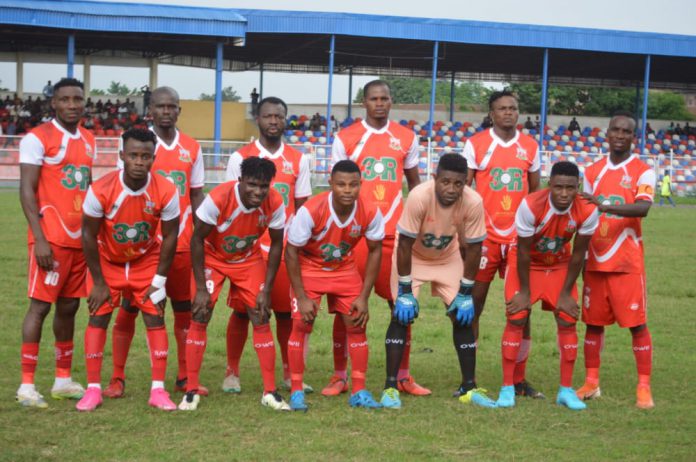 The grass will surely suffer this Sunday at the Dan Anyiam stadium when Heartland FC locks horn with one of their Oriental brothers, Abia Worriors of Umuahia in one of the NPFL match day 26 encounters.

When boh sides met in the reverse fixture earlier this season at Okigwe where the Umuahia did executes their homes games the later ran away with a lone goal.

The Naze Millionaires as the Owerri Landlords are fondly called are condemned to win their fourth oriental derby of the season if they hope to continue framing of surviving relegation at the end of the season.

Still basking in the euphoria of a goalless draw in Kaduna against Wikki Tourist of Bauchi, the Erasmus Onuh tutored lads will hope o consolidate on their good performance against Plateau United during their match day 4 encounter last week at the Dan Anyiam stadium which they won by a lone goal, the team’s first goal since the resumption of the second stanza.

The team must find away to start scoring goals considering their poor returns of goals scored after 25 games and must also tighten their back further to further reduce their goal deficit which is the highest on the log.

Heartland FC have been pegged down to 19th on the log after the completion of match day 25 games leaving them just 2 points ahead of fellow strugglers, MFM FC of Lagos who incidentally has one game in hand.

Heartland FC Vs A/ Warriors