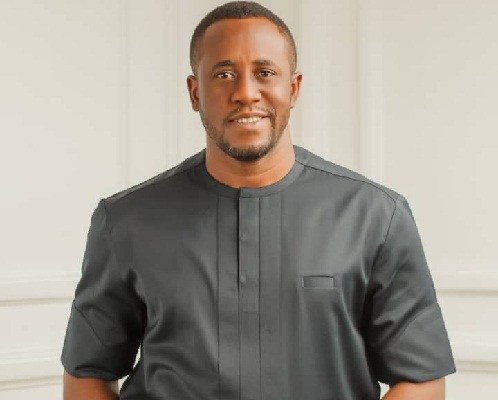 Following his burning desires in ensuring a better representation of the people, a topflight aspirant for Isiala Mbano State Constituency seat in the 2023 general elections, Barr. Jerry Ukachukwu Nwokoro has reiterated he will not rest until he serve humanity to the fullest.

He made this solemn promise on Sunday, April 24, 2022, at his country home in Ekwedim, Amauzari community of Isiala Mbano LGA, after a thanksgiving service in remembrance of his late father, Sir Lambert Nkemjika Nwokoro.

Addressing the crowd, Barr Ukachukwu Nwokoro, fondly known as U-Best stated that he has the passion for service of God and to the people.

He submitted that it was same zeal that pushed him into answering the clarion call by his people to contest for the Assembly stool of Isiala Mbano LGA.

Nwokoro revealed that the most easiest way of reducing unrest and insecurity is to engage the unemployed youths.

According to him, he will alleviate the suffering of the masses by engaging as many youths as possible if given the mandate.

U-Best continued by saying that as a successful business man with over 30 years experience, deeply rooted in entrepreneurial skills, not less than 100 youths will be lifted from their former positions to a more self reliant stage.

He recalled that as a frontline contender in the last general elections (2019), who ran for Okigwe North House of Representatives, he had many of such good plans.

Hence, he reaffirmed that he would still put those plans into practice if he gets elected into the hallowed chambers of the Imo legislature.

Part of his speech reads, “I am running for Imo House of Assembly to fulfil my political dreams, my ultimate aim is to fashion out a plan to take the youths out of the street and make them able to fend for themselves. I have been in business for over 30 years since I came out from school. As a successful businessman, I will replicate my entrepreneurial experience in youths.

“There is a limit one can carry someone from his private pocket but if I am elected to represent them, I will speak for my people, my motions and laws will be for the best interest of the youth who are on the street.” He stressed.

The soft spoken Nwokoro therefore pleaded with the party Exco and delegates to give him the opportunity to flag the party’s flag for the main election.

He also assured his party in Isiala Mbano not to have double mind, as he will never fail in his fails, rather will re-right the old wrongs of the past if elected.

On his popularity, U-Best affirmed that by the Grace of God, the people are with him, as he is a grassroot politician which is an added advantage for the party.

Lending their voices, some of the community leaders; Ichie Charles Anyanwu and Mr. Michael Onyenwobi, respectively attested that Barr. Nwokoro has positively affected the lives of the downtrodden in the community.

They expressed joy that he (Nwokoro) finally answered the clarion call from his people to represent the Isiala Mbano State constituency at Imo State House of Assembly in order to continue his humanitarian services.

Meanwhile, the hopeful, Barr. Jerry Ukachukwu Nwokoro had, alongside with his colleagues were successfully screened by the party, the People’s Democratic Party, PDP two days ago, awaiting for the primary elections which comes up in May, 2022.