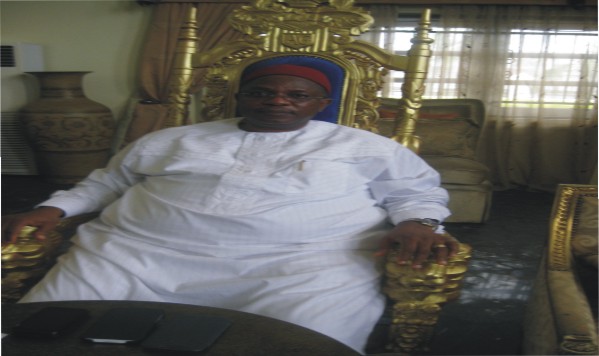 Chairman, Imo State Council of Elders and the Obi of Obinugwu, HRM, Eze (Dr) Cletus Ilomuanya has described the late political maverick, Senator France Arthur Nzeribe, as “a statesman, and illustrious son of Imo State who brought honour and fame to the State, and Ndigbo because of his business acumen, philanthropy, unflinching advocacy for equity and justice, as well as political prowess while alive”. He posited that Nzeribe will “forever remain a hero in Nigeria, and that posterity will always remember the worthy legacies he left behind”.

Eze Ilomuanya stated this in a statement he endorsed ahead of the burial of the former Senator, and Oguta born political maestro slated for Saturday, May 21,2022.  The monarch, who is also the Chancellor, Federal University, Birnin Kebbi, Kebbi State as well as Chairman, Igbo Traditional Rulers Forum, regretted that the exit of Nzeribe will remain a big blow to the people of Imo State,and Ndigbo in general.

“Nzeribe’s death is a big loss to the Igbo race. He always defended Ndigbo with unbridled passion and love. His type often comes once in a life time. He was indeed, a rare gem by all standards of assessment”, Eze Ilomuanya said.

The Chairman of Imo State Council of Elders further hinted that the Council would immortalize the late Nzeribe in appreciation of his sterling achievements, and distinguished status as an accomplished Igbo elder statesman of repute. “Ogbuagu Nzeribe deserves every honour, and accolades. Though some people saw him as an enigma, he was a role model, pacesetter, and a pride to the people of Imo State and Ndigbo”, Eze Ilomuanya averred.