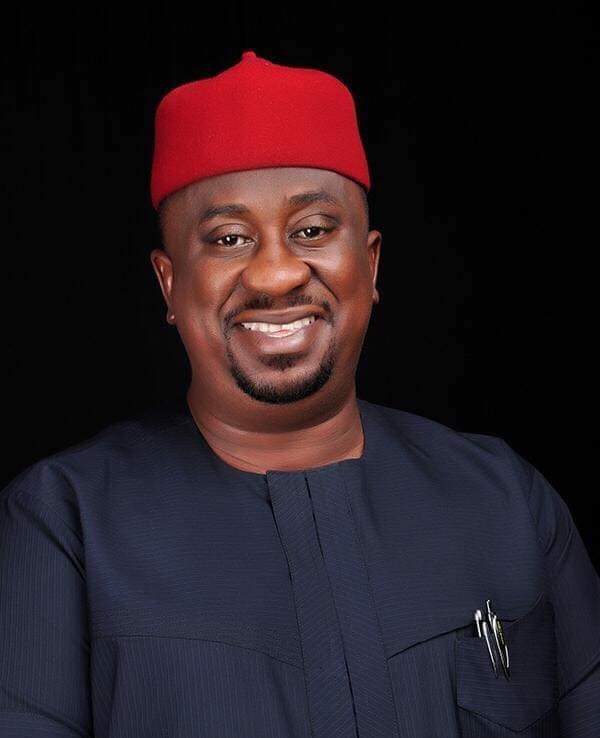 According to a press statement issued out over the weekend by the Publicity Secretary of the group, Comr Innocent Ibeh, the group insisted that Hon. Obinna Egu’s Second term Aspiration is necessitated out of his Excellent performances during his stay at the 8th Assembly. According to the Statement the group also called on those Championing emotional blackmail on the person of Hon. Egu to stop forthwith.

“Our attention was drawn to a highly malicious and fictitious publication in the guise of Advertorial on page six (06) Volume :12, No:19 of the WEEKEND ANNOUNCER Newspaper on Friday, May 20th 2022 wherein mischief makers and detractors hid under a non existing group to make untrue and bugos claims against the Person and Character of Hon. Dr. Obinna Egu.

In strong terms, we condemn this image tarnishing publication and appeal to the unsuspecting readers and people of Ngor Okpala to disregard such publication as it was just cooked up by Elements or Some Aspirants who are already Jittery of Hon. Obinna Egu’s Popularity, Acceptability and Impending Victory at the Primary Election of APC which will make him by the grace of God to emerge as Candidate of the  party APC to run for Ngor Okpala State Constituency Seat in Imo State House of Assembly Come 2023.

There’s a popular saying that One good turn deserves another. Hon. Obinna deserves another term in the House of Assembly because during his Stay as a legislator at the 8th Imo House of Assembly, he didn’t fail to live up to expectations and demands of Ngor-Okpala people; especially in the areas of attracting and Championing people’s oriented projects and programs which majority of Ngor Okpala people benefited from and are testifying to it till date.

Hon. Obinna Egu through his effectiveness in representation enjoys a lot of good-will more than any other person in the area that has represented Ngor Okpala. His goodwill earned him victory at the 2019 polls but regrettably he was rigged out by the interlopers who have always decided the political fate of Ngor Okpala.

Although it is a known fact that a good democratic representative is not likely to be approved or even appreciated by everyone of his constituents. People would definitely have their different personal and political interest to protect, We may have our sentiments too but the fact is that no ardent political observer in Ngor Okpala would fail to acknowledge the good works of Hon. Dr Obinna Egu or may not even vote for his re-election.

We therefore advise those who are playing politics with the dead, even to the extent of pointing accusing fingers on Hon. Obinna Egu to stop forthwith and begin to retrace their steps. The people of Ngor Okpala are known to be their brother’s keepers and it is not in our nature to lay fake claims or tarnish the Image of our brothers for clout chasing or selfish political gains. We also advise Aspirants who are bankrolling such mischievous publications to engage the delegates of APC with their manifestos, Convince them on why they should be voted and also get ready to test their popularity(ies) in the field.

Furthermore, Hon. Obinna has been known to be a loyalist of the Shared prosperity led government of his Excellency Dist. Sen. Hope Uzodimma. He has played instrumental to the growth of the party in the area, and his House of Assembly Aspirations is receiving wide acceptability and solidarity by all relevant stakeholders of the party in Ngor Okpala and by the grace of God he has the qualities, Political know-how and Capacity to lead APC to Victory when he emerges as its flag bearer.”