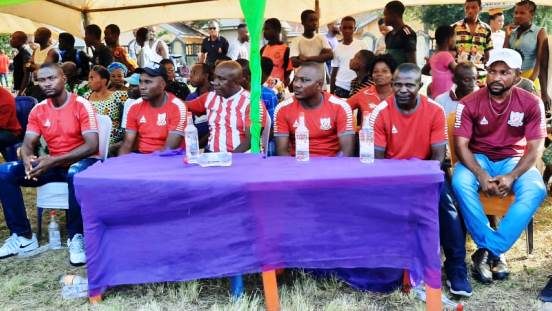 With just four weeks to the end of the 2021/22 Nigeria Professional Football League NPFL, Heartland FC gaffer, Erasmus Onuh has insisted that his team can beat the drop if only his employers can do what they are supposed to.

Speaking shortly after his sides victory over fellow strugglers, Katsina United on Sunday at the Dan Anyiam Stadium, Onuh who also gave credit to the Usman Abdallah tutored side for their organizational style of play said the former five times league champions can still avoid relegation at the end of the season but quickly noted that the owners of the club would have to do the necessary things required of them.

“Yes the team can still survive from relegation if those who employed me can do all they are supposed to for us because its garbage in garbage out”, Coach Onuh told reporters.

A late first half penalty converted by captain, Chukwudi Nwordu was all the Owerri Landlords needed to tame the hard fighting Katsina United side led by former Enyimba gaffer.

The win which only increased the teams tally from 37 to 40 points still left Heartland rooted at the 18th position on the log as they face Enyimba Int’l at Aba next in an all important Oriental derby with the Elephants who are searching for a continental ticket.

The team are currently according sources being owed about 4 to 5 month salary including the coach whom a section of the fans recently hired a keke na pep bus to be conveying him to and from trainings including the home matches due to the management’s inability to provide him a vehicle.