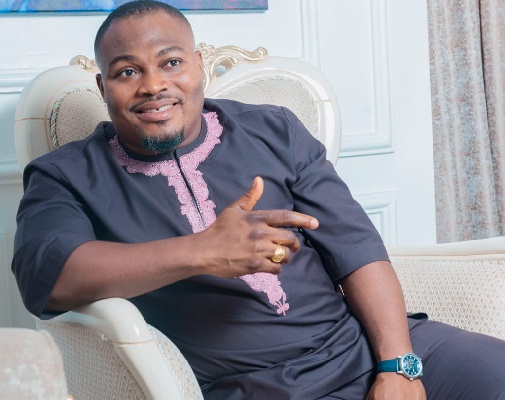 The President/CEO of Elkanah Onyeali FC Academy, Comrade Obidinma Onyeali (KSC) has hailed the performance of Nigeria’s U-17 male football team other wise known as Eaglets at the ongoing WAFU B U-17 tournament in Ghana.In a statement made available by the media department of Academy which is owned by its parent organization, Elkanah Onyeali Care Foundation EOCF, Sir Obidinma lauded their feat for qualifying for the CAF U-17 Junior AFCON later this year urging them not to relent in their bid to win the WAFU B trophy as well as qualifying for the FIFA U-17 junuior world cup.He however charged the Nduka Ugbade led boys to always maintain good discipline which according to him was the key to his late father’s success.”I am impressed by the performance of our U17 players who have since made to the final to take on Burkina Faso.” Let me also say here that they need to continue to maintain good discipline till the end because it was very important and the key to my late father during his playing days and coaching time.
A brace from Emmanuel Michael and a fine header by Abubakar Idris Abdullahi condemned the U17 boys of Cote d’Ivoire to a 3-1 defeat in the first semi-final of the ongoing zonal youth championship in Cape Coast, Ghana.
The Eaglets conceded first when Yan Diomande scored from the penalty spot in the very first minute after a foul in the Nigerian box when Côte d’Ivoire’s Diamande scored from a deserved penalty for the group A runners -up.
However, the Baby Elephants were reduced to 10 men after Mustapha received a red card in the 65th minute, offering numerical advantage to the Eaglets but Emmanuel Michael and Precious Tonye Williams couldn’t add more.
Victory over the Ivorians means they will be one of the eight participating teams at next year’s Africa U17 Cup of Nations in Algeria. Nigeria’s defender and dead ball prodigy Emmanuel Michael was presented with the Man-of-the-Match award, for the third consecutive match.
In Friday’s final, the Eaglets will take on the winner of the second semi final between hosts Ghana and Burkina Faso.