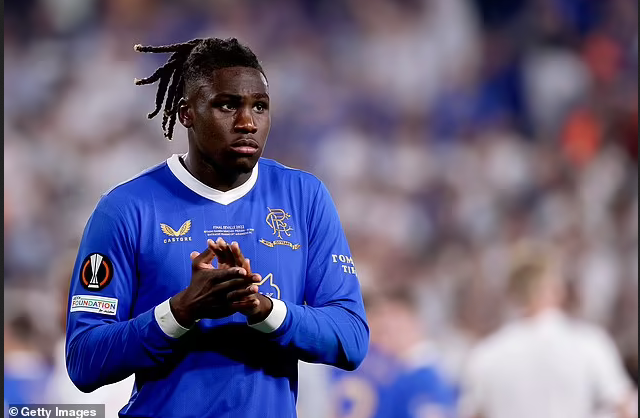 Bassey joined Ajax in a club record sale for Rangers, just two years after joining the club on a free.

The 22-year-old versatile defender joined on a five-year deal and is the seventh Nigerian to play for Ajax.

Bassey signed a €23m deal with €3.5m expected in add-ons and is the second-most-expensive for Ajax this window behind Steven Bergwijn.

Kanu Nwankwo, Finidi George, Sunday Oliseh, Tijani Babangida, Pius Ikedia and Christopher Kanu have all previously played at Ajax with Bassey being the seventh Nigerian to wear the club’s colours.

His €81m move to Napoli was the highest of any transfer made by a Nigerian.

The second most-expensive move made by a Nigerian was Alex Iwobi’s €30.40m move to Everton from Arsenal.

Kelechi Iheanacho’s €27.70m move to Leicester City from Manchester City in 2017 is third on the list while the fourth most expensive transfer ever by a Nigerian was made by Odion Ighalo.

Ighalo’s €23.20m move to Chinese Super League team, Changchun Yatai from Watford in 2016 still stands as one of the highest.

Bassey joined Ajax for €23m according to an official statement by the Dutch club.

The deal will also see €3.5m in add-ons and is the fifth highest transfer made by a Nigerian.

The sixth-highest move was made recently by Taiwo Awoniyi when he joined Nottingham Forest on a club-record transfer of €20.5m.

Former Super Eagles skipper John Obi Mikel’s €20m transfer to Chelsea in 2006 is the seventh on the list.