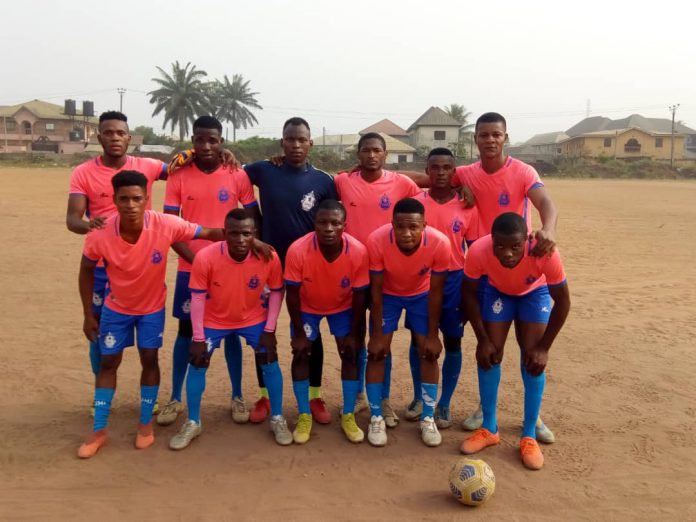 First Mahi FC returned to winning ways on Tuesday as the Agbajah in Nwangele LGA based NLO side defeated their opponents, Dom Daniels FC of Nekede 2-1.

Goals from Tochi Patrick and Oliseh Divine in both halves respectively was all the home side needed to get the better of champions of Dom Daniels Football Competition who thought they had secured a draw midway in the second stanza of the encounter which was held at the Abajah Mini -Stadium on Tuesday August 2, 2022.

Reacting to Trumpeta sports desk shortly after the very entertaining encounter, Coach Gift Manilla of First Mahi FC said the victory was well deserved considering the effort and intense pressing style of play from his lads adding that it would give his players confidence going forward.

“As you know, we have been playing very well in our previous games but failed to capitalize on the chances we create especially against Bally FC and Essentials Global FC.

“Today’s encounter is evident to our style of play and that the lads are adapting to the tactics even with the short time we have worked, dont forget the team is still a work on progress.

“Am confident that with more work and consistent performance as today, we will surely get to the level we aim to perform.

“I must also commend Dom Daniels for their technical ability which is why they are the champions of the tournament they participated in.