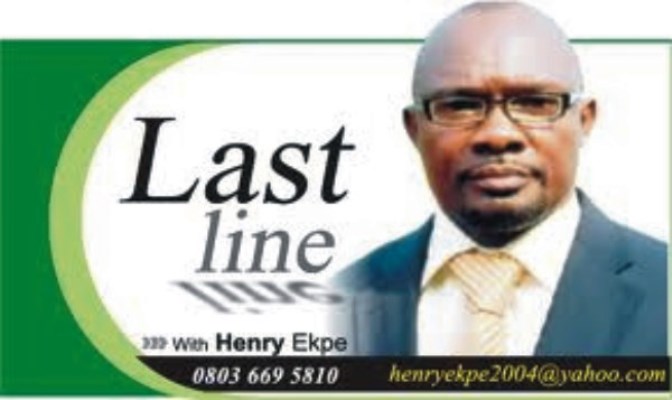 Power, they say is not given, but taken. However, because of the level of development and African culture, Leaders devised means through which political power can be rotated among given clans or Zones that live in particular given Areas.

In Nigeria, even the Constitution adopted what it called “quota system” to make all Zones in the Federation feel belonged and taste Leadership at the National level.

The political parties tried to adopt a formula for sharing of its positions to cover all interest Groups.

Although this “Zoning formula” to accommodate all Nigerians is not strictly stated out in the Constitution, but in principle, it has gained currency that political parties tend to follow it to an extent.

Coming down to Imo State, when the present Democratic Governance berthed, the Leaders of the  State then adopted a method in which the State could be governed well, and at the same time appease all the clans that make it up.

In 1999, there were two major political parties in the State namely Peoples Democratic Party, PDP and All Peoples Party, APP.

For equity, peace and justice to reign, both political parties resolved to pick their Governorship candidates from Orlu Zone seen then as backward and disadvantaged in the development and Leadership in Imo.

With this scenario, it means that head or tail, Orlu would produce the Governor of Imo State in 1999.

Chief ID Nwoga as the Chairman of the party and from Owerri Zone or Senator Emeka  Echeruo as the Leader of the PDP in Imo from Okigwe  Zone would have manipulated the choice of the party’s candidate to their Zones, but both two gentlemen looked at Imo without bias and acted as Statesmen.

And neither did Araraume give the ticket to his kinsmen from Okigwe Zone.

However, before Eight years of PDP, APC had morphed into All Nigeria Peoples Party ANPP, all in a bid to remain afloat in the State, which never was.

So, nearly all politicians in Imo State ported to PDP, which in 2007 was looked at to maintain the Zoning formula as agreed in principle in 1999.

Following confusions and intrigues, Udenwa could not actually produce a successor, and Dr Ikedi Ohakim from Okohia in Isiala Mbano, Okigwe Zone, emerged the Governor of Imo State in 2007, under the platform of Peoples Progressive Alliance PPA, but with stupendous support from PDP.

This was as a result of a fight between Udenwa and some of his allies, who wanted Senator Ifeanyi Araraume, whom Udenwa swore cannot succeed him.

However, months after, Ohakim defected to PDP, leaving his PPA platform.

In his second term bid, Ohakim could not return to Douglas House, Owerri,  as Chief Rochas Okorocha  through All Progressive Grand Alliance APGA, stormed into office as the next Governor.

Under this circumstance, Ohakim who should have done two terms for Okigwe Zone, left office for another Orlu man, just after four years.

Okorocha from Ogboko in Ideato South LGA was in office for eight years, and in leaving office, still wanted to foist another Orlu man in the person of Chief Uche Nwosu from Nkwerre LGA as his successor.

However, it took the PDP through Hon Emeka Ihedioha from Mbutu, in Aboh Mbaise LGA, to stop another Orlu man succeeding Orlu man.

Indeed, many Imo people who love peace, equity and justice had felt that the Ihedioha Government would settle the rift among Imo political Zones on the issue of Zoning, at least with an Owerri man on the seat for the first time since 1999.

But that could not last as another Orlu man, through All Progress Congress, APC, via Senator Hope Uzodinma, chased the Owerri man away and Orlu again took over, and has remained on the seat till tomorrow.

In reality and fact, since 1999, Orlu Zone, which is part of the tripod that make Imo State, has occupied the plum job for twenty years now.

Udenwa did Eight years, from 1999 to 2007. His brother Senator Rochas Okorocha did Eight years from 2011 to 2019.  Now, Senator Hope Uzodinma from Umuoma in Oru West LGA is the LandLord in Douglas House, certainly to complete his remaining years.

It therefore means that since 1999, Okigwe Zone has spent four years on the throne, Owerri Zone did Seven Months of the Ihedioha era, while Orlu has done twenty years among Udenwa, Okorocha and Uzodinma.

Indeed, the big question now as Imo citizens warm up for yet another Governorship election in 2024 is: Whose turn is it? Is it Okigwe or Owerri? Or should Orlu continue in office to the detriment of their Owerri and Okigwe cousins, who are gradually becoming the hewers of wood and fetchers of water in the Imo State project?

Yes, power is not given, but taken. So, should Owerri and Okigwe, because of some of  their disadvantages continue to remain just  followers and not Leaders, because their cousin Orlu hears nothing and sees nothing, by exercising the advantages it has over Owerri and Okigwe?

Is  what is happening now a mockery to late Nwoga and Echeruo who had all the opportunities in the world to swing the Imo Governorship diadem to their Zones in 1999, but choose to be patriots and altruistic?

What would Echeruo and Nwoga  be saying in their graves today?

How does one reconcile the situation where Imo top politicians in the ruling party, APC from Orlu Zone stand on the doctrine that National Power should shift to Southern Nigeria from the North, but yet hold another opinion at home?

Would it not be better that Imo State peacefully negotiates power rotation among the Tripod than throw it open? Orlu’s Twenty years and continuous occupation of the position, many in the long run cause friction and cravices  in how people live as one entity.

Unfortunately as it stands now, there is no sign that Imo APC will have a new candidate for the Governorship seat in 2024 as long as the incumbent Governor decides to run for a fresh term.

Assuming APC wins in 2024, and Uzodinma gets a second term, it means Orlu Zone will occupy Imo Governorship  seat for another four years making it twenty four years for Orlu, Okigwe four years, and Owerri seven months. Then where is justice and Equity? Can there be peace without justice?

It is too glaring that Imo must be “renegotiated” for a lasting peace and accommodation of all the Zones for peace, progress, equity, justice and development of the State and for our children and those yet unborn.