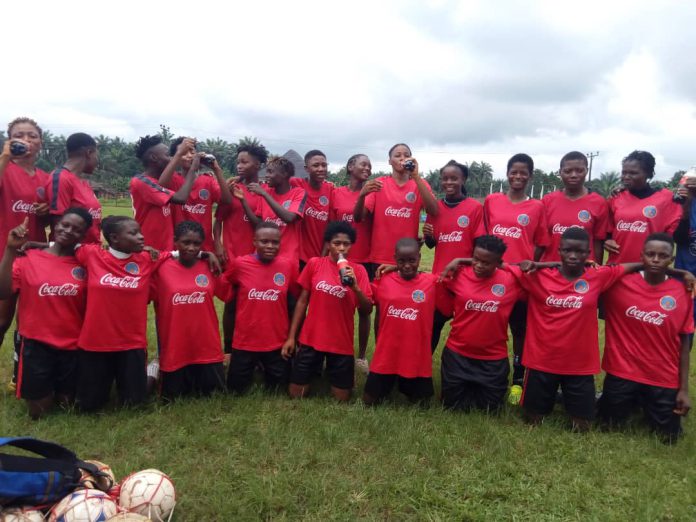 With just two weeks of it’s existence, First Mahi FC Babes will on Saturday test the Imo State Sports Festival Female Football side for size in a friendly warm up match.

According to reports reaching Trumpeta sports desk, the encounter which is scheduled for Old Stadium on Tetlwo road, Owerri by 10am will afford the youngest female side the opportunity to continue their development program while the state festival female side on their side will use the encounter to consolidate their preparations ahead of the south east play off matches for the 2022 National Sports Festival billed for Delta state later this year.

Coach off the First Mahi Babes, Gift Manila told this paper that his girls are looking forward to learn one or two lessons from the encounter but that they would not show so much respect to their opponents as they would play according instructions.