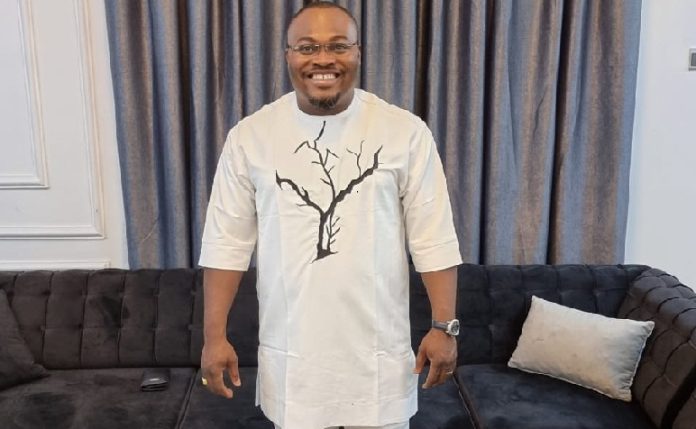 In appreciation for his spirited efforts towards recovering, reconstructing and rehabilitation of the state, the CEO/President of Elkanah Onyeali Care Foundation EOCF, Comrade Obidinma Onyeali (KSC) has commended Imo State Governor, Sen Hope Uzodinma on his efforts to change the narrative.

Speaking recently on the visit of President Muhammadu Buhari’s visit to commission three major projects built by Gov Uzodinma, Sir Obidinma who also doubles as the President of Elkanah Onyeali Football Academy urged the Governor to also extend such gesture towards developing grassroots  sports at all the LGA’s.

“We must commend the Governor for the good road projects especially the Owerri to Orlu and Owerri to Okigwe roads among other important projects.

“But it’s important that such development be directed towards grassroots sports in all corners of the LGAs as this will not just help to develop our numerous talented youths to become useful and independent but can in a greater portion help curb insecurity in our society.

“I recall the stories of how my late father and his peers were groomed with better grassroots program even in their school days embroidered with discipline and dedication which to a greater extent opened doors to stardom for many of them.

“I strongly believe that if the same attention of infrastructural development is greatly extended judiciously to grassroots sports, it would no doubt help grow more self disciplined and talented youths as well as help engage the youths meaningfully ,as well help reduce youth restiveness and social vices.

The father of two who has found so much joy in helping indigent ones further stated that with the National Sports Festival around the Conner that having such development program at the grassroots would afford the state easy root of identifying and grooming talents for such national fiesta and subsequently continental and world events as Imo in the past used to be home of breeding sports talents for the nation.