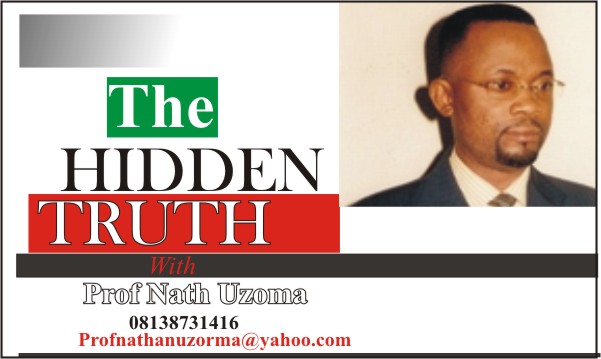 Religious men, don’t trust the cloud rather trust the sunshine for the sunshine is the inner light that governs all multidimensional activities that oversees the inner and outer (religious) self. The conduct of our life is the true mirror of our various doctrines, I am saying this because I am a man and nothing human is foreign to me.

Now the idea of evil, Gods, and devils are great deeper religious symbols with profound cosmic values. These ideas become the driving themes of these religious drama of which I shall talk about in other articles. The great actors of same may “return”, time and time again in different roles. In any given historic religious drama, therefore, the actors may have already appeared on the historic scene in our understanding of the past, the prophet of today becoming a traitor of the past drama. This majority may not understand due to their attachment to religious credo and error.

These psychic entities are real! It is quite true to say that their reality consists not only of the core of their own identity, but also is reinforced by those projected thought and feelings of the earthly audience for whom the drama is enacted. Psychic or psychological identification is of great importance here and is indeed at the heart of all such drama. In one sense, one can say that man identifies with the gods he has created by himself. Man does not understand the magnificent quality of his own inventiveness and creative power; therefore, it becomes difficult how he “made” God/god through the projected vibration of his psychic aura within the thoughtless form of eternal reality. This is difficult because of the definitions we placed on words and values. Though it is obvious that the attributes of the Gods (communicable and incommunicable) are those inherent within man, magnified, and brought into powerful and potential activity. We believe that Gods live forever; men too live forever within the time limit of eternity, of course you do not know that the term “forever” is an organized limitation within psychic space of interplanetary invisibles. To reality itself, forever does not exist in time! This assertion goes beyond the prescribe philosophy of time which has so confused scholars. Nevertheless, man lives forever (for the choice of words) but having forgotten this in this momentary matter, space, energy and time, he then projects this quality or characteristics  to God, though am not against it. Obviously, beyond this earthly historic religious drama the seemingly recurring tales of gods and men, there are spiritual realities upon which inner reality of religious faith is based.

Behind the actors in the drama, there are more powerful entities that are quite, beyond role-playing. The plays themselves, then, the religions that sweep across the ages these are merely shadows, though helpful ones. Behind the frame of good and evil is a far deeper spiritual value. All religions, therefore while trying to catch “truth” have to some large degree embraced error in its true nature. The inner self alone, at rest, in meditation, can at times glimpse portions of these inner realities that cannot be physically expressed. These values, intuitions, or insights are given each to each according to his understanding and so the stories told about them will often vary.

For example the main character in a religious historical drama may or may not consciously be aware of the process by which such information is given to him. Yet it may appear to him that he does know, for the nature of a dogma’s origin well explained in terms that this main character can understand.

As a matter of fact, the historical Jesus knew who He was, He was aware of the three personalities composing in one entity called CHRIST. To a large extent, He shared in the inner memory of the other personalities. I am not talking of Trinity here because God is one and this one deity functions in many forms and not only three. In many of my books and articles, I have severely mentioned the third personality of Christ which in our material and mundane terms has not appeared though his existence has been prophesied as the “Second Coming“ evident in Mathew 24. Now these prophesies were given in terms of the current culture at that time, and therefore, while the stage has been set, the distortions are deplorable, for this Christ will not come at the end of our world, though He is here  in a new name but certainly must not follow the prescribed theological cum eschatological principles of mundane scholars.

The mystery of the second personality of Christ prophesied as the Second Coming is highly shrouded in some caves of esoteric drama. As a result He will not come to reward righteous and send evildoers ablaze to eternal doom rather He will begin a new religious drama, thereby confusing majority on his marital status. Yes, He the sole spiritual head will certainly continue a high rate of the spiritual cum historical drama of the ancient as it was. As it happened before He will not be generally known for who He is, but as the Bible puts it “for wheresoever the carcass is, there will the eagles be gathered together matt 24:28. Following the above, there will be no glorious proclamation to which the whole world will bow. He has come to straighten our Christianity, which is hitherto in a shambles and to set up a new system of thought as the whole world is sorely in need of him now. His Holiness, the King of Kings and the Lord of Lords is now on earth as a result all religious groups, cult, occult and as many as promote iniquity in one way or the other is in crisis. He is undermining religious organizations- not uniting them as part of his role is not in that direction.

The message of the King of Kings is that of a supreme individual in relation to ALL That is. He has hitherto stated methods by which each individual can attain a state of intimate contact with the Sole Spiritual head of the universe. Do remember that Nostradamus saw the dissolution of the Roman Catholic Church as the end of the world; this is because he could not imagine any civilization without it, the mysterious appearance of the King of Kings and the Lord of Lords is the dual consummation of Nostradamus prediction in relation to the dissolution of the Roman Catholic Church and keeping to Thursday as his holy day.

The third personality of Christ will indeed be known as great psychic, for it is He who will teach humanity to use those inner senses that alone make true spirituality possible. Slayers and victims will consequently change roles as reincarnation memories rise to the surface of consciousness. Through the development of these abilities, the sacredness of all life will be intimately recognized and appreciated.

Following the above, Seth a deity who dictated his esoteric lectures to Jane Roberts who thereafter compiled it into a book, “Seth speaks” confirmed the above assertion on page 371 thus, “now there will be several born before that time who in various ways will rearouse man’s expectations. One such man has already been born in India, in a small province near Calcutta, but his ministry will seem to remain comparatively local for his lifetime. Another will be born in Africa, a black man whose main work will be done in Indonesia… He will lead man behind the symbolism upon which religion has relied for so many centuries. He will emphasize individual spiritual experience, the expansiveness of soul, and teach man to recognize the multitudinous aspects of his own reality”. 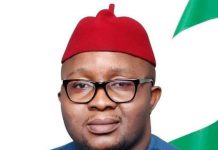 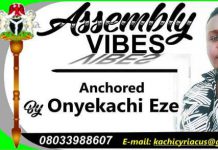