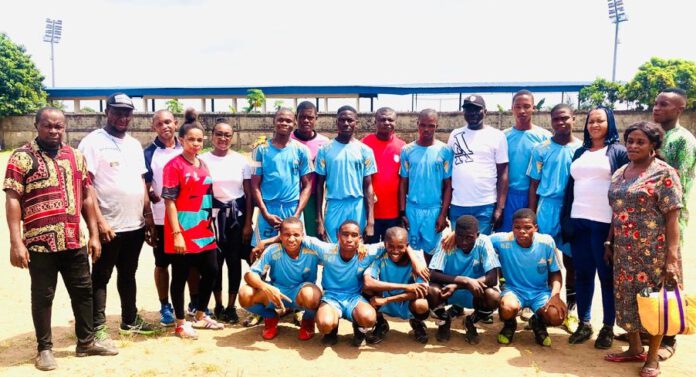 Reacting to Trumpeta sports desk shortly after the appointment was made public, Sir Obidinma while congratulating the South East YSFON Ambassador on his well deserved appointment commended the state Governor, Sen Hope Uzodinma for dreaming it necessary to name a chairman that will oversee the affairs of sports development in the state.

“Let me congratulate my brother and good friend, Prince Eleazar Onyewuchi Ogbonna on his well deserved appointment as the Sports Commission Chairman in Imo.

“It is important to thank the Governor on the bold move geared towards sports development in the state.

While congratulating the new Sports Commission Boss, Sir Obidinma who is also the Imo State YSFON Vice Chairman urged  Prince Ogbonna to ensure that grassroots sports is revived noting that during his Late Dad’s days as a player and sports administrator, emphases was purely of harnessing raw talents from the grassroots and nurtured into stars which according to him helped the state to strive successfully at national games.