A group under the aegis of Reachout Rights Foundation has formally launched HIV / AIDS awareness campaign for secondary schools in Imo State .

Nwaka said ,”today we are here at Akwakuma Secondary School to carryout campaign on HIV aids awareness and prevention. We strongly belief awareness remained the most effective weapon against the HIV/AIDS epidemic.”

” If eventually we have a positive person among the students or teachers we intend to guide them medically on how to help themselves.
We have our medical personnel here with us and armed with HIV test Kit’s for students and teachers who intend to know their status”

The Director General said students need to be aware because with knowledge comes the ability to make informed decisions for the protection of themselves, families, and communities against HIV/AIDS.

Nwaka opined that Youths are most vulnerable to HIV infection, because of ignorance and by engaging in risky behaviours like drug abuse cult activities, blood rituals, and sexual exposures whether by consent or rape.

He promised that Reachout Rights Foundation ,in partnership with IYK Anthony Foundation will continue to educate the public on the preventive measures to mitigate the spread of HIV/AIDS.

During the exercise, tool kits in the form of information leaflets were distributed to the students. They are written in simple languages and cartoons that the children can understand. 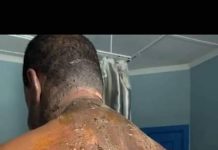 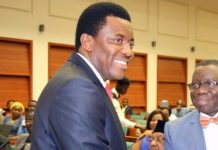