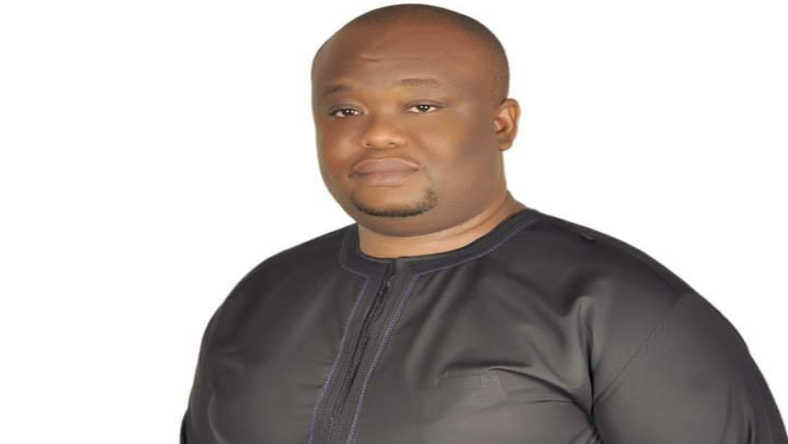 By Onyekachi Eze
Imo State was thrown into mourning mood late Sunday night following the sad news of the demise of Engr Ndubuisi Emenike, popularly known as “Ototo nwa”.
Emenike was the candidate of the Action Alliance, AA, in the last general election for Okigwe North Senatorial Seat.
He was the founder, Ndubuisi Emenike Foundation for the poor, whose signature was embedded in philanthropy.
Prior to the declaration of Princess Miriam Onuoha (Mama Sure-P) as the duly elected House of Reps member elect for the Okigwe North re-run election last Saturday by INEC, the late Emenike was among the jubilant party ally of Onuoha who converged at her Isiala Mbano residence on Sunday to celebrate the APC victory over PDP.
An eye witness account who later narrated how the incident happened told Trumpeta newspaper that while the celebration was going on, an official of the Nigeria Security and Civil Defense Corps, NSCDC, (names withheld) on shooting on the air mistakenly got the billionaire business mogul down.
He was immediately rushed to the Federal Medical Centre, FMC, Owerri to the Intensive Care Unit, ICU, where all medical efforts proved abortive.
According to the Imo State commandant, NSCDC, Raji Ibrahim, he admitted that the name of the officer that did the shooting was Sydney Ogudoro, attached to one Chief Ken Egwuasi, and not Emenike as earlier reported.
He disclosed that preliminary investigation showed that the officer and other security men were at the gate of Princess Onuoha and were trying to clear the road for their principals when someone hit him (Sydney) from behind and the gun fell off.
He said, “because his hand was already on the trigger, the bullets pumped on Engr. Ndubuisi Emenike”.
The commandant therefore said that NSCDC do not believe in accidental discharge.
In a related development, the Police Spokesperson, Orlando Ikeokwu had also confirmed the report and alerted that the NSCDC officer had been captured and undergoing questioning under their custody.
Meanwhile, divergent views have been trailing the untimely death of Ndubuisi Emenike.
Reactions from the public have it that Emenike’s death may not be unconnected to his political ambition.
It would be recalled that the member that represented Okigwe zone, Senator Benjamin Uwajumogu died late December, 2019, and will be buried on 21 February, 2020 according to the burial arrangement by the family.
Before Uwajumogu’s emergence as an APC Senator to his death, it was speculated that there were power play in the zone.
However, even though the late Senator is yet to be committed to mother earth, the race for his replacement had already begun.
With the race for Uwajumogu’s replacement, good number of people believe that such death could supposedly be likened to his political ambition.
On the social media platform, activists and youths therefore call for an indepth investigation to ascertain the true cause of the death of the Mbano born philanthropist, judging by the circumstances surrounding his death.