Today, Thursday, October 1, 2020, all roads will lead to Umuawuka Emii, in Owerri North LGA, Imo State, as the Body of Mr Chiddy Onyeneke embarks on its final journey on Earth.
According to information from the Onyeneke family, Late Chiddy Onyeneke will be laid to rest today in his compound in Umuawuka Emii.
The burial ceremony will commence from 8am as the body leaves Holy Rosary Hospital Mortuary Emekuku for his home town Umuosu Umuawuka,. And by 11am, a Requiem Mass will hold at St Mary’s Catholic Church, Umuawuka Emii, while the interment follows immediately after the church service in his compound.
According to the younger brother, Anthony Onyeneke, the late Chiddy worked as Custom Officer where he retired voluntarily after a successful service to the Nation.
Also speaking on the life and times of Late Onyeneke, Chief Henry Ekpe, Co-Publisher of Trumpeta Newspaper described Chiddy as a good man, who lived a life of emulation.
“He was fine gentle man who dotted after his family and would be missed by not only the Onyeneke family, but the entire Umuawuka community” Chief Ekpe said.
He is survived by wife and children, Brothers, Sisters and Other Relations. 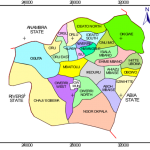