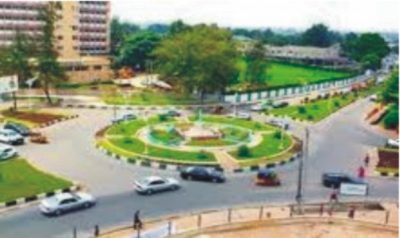 By Okey Alozie
The member representing Njaba Local Government Area in Imo State House of Assembly, Hon Uju Onwudiwe is now under serious fire for sponsoring the controversial VAPP bill in the 9th Assembly.
The Auxiliary Bishop of Owerri Arch Diocese Most Rev Moses Chikwe has accused the female lawmaker of sponsoring violence against persons prohibition (VAPP) bill which he said does not mean well for the society.
The man of God argued that the VAPP bill if passed into law will turn the society upside down because the bill he said endangered our cultural, religious and traditional values.
Bishop Chikwe made this known in his homily at Annunciation Catholic Church Parish located along Imo Housing, Umuguma, New Owerri recently.
He maintained that the bill if passed into law will bring serious problem to the catholic church as the priests can be taken to court for refusing to wed Homosexuals.
The Clergy said that the bill if passed into law will promote abortion and other evils of the society.
He regretted why Imo Lawmakers will embark in sponsoring such a negative bill instead bills and motions that will add value to the people.
Also speaking during a church service, the General Overseer of Lifeline Assembly Church, Bishop Maxwell Korie described the Bill as Evil, and asked the church to pray against such Bill being passed into Law.
The Bishop was disappointed that the controversial Bill is sponsored by a woman, saying that the church will not stand akimbo and watch such Laws be foisted on Christians.