The rites of passage for Late Monsignor Theophilus I Okere commences today Thursday, November 12, 2020 with his burial which take place  at Maria Assumpta Cathedral, Owerri, Imo State.
Monsignor Okere died recently, and was a known Clergy who served God diligently and trained out a lot of Priests scattered across the globe.
His burial which is happening today is expected to be graced by many people across various divides, but mostly the Clergy, as Monsignor Okere was a man with many parts.
He was a Historian, Philosopher, Cultural Curator, Priest, Teacher, Scholar, Publisher, Writer, Public Speaker, Chorister, and Choir Master of repute etc.
He was a native of Nnorie in Ngor Okpala LGA, Imo State, but dedicated all his life in the service of God and Humanity.
As part of the burial ceremony, on Monday November 23, 2020, the Months Mind in honour of the late Senior Clergy will hold at St James Catholic Church, Nnorie, Ngor Okpala LGA by 10am.
In a release signed by his Brother, Chief Val Okere (Amadioha Ngor Okpala) he requested friends, associates, relations and well wishers to join the Okere family in saying a decent good bye to Monsignor Theophilus Okere because he lived a Life full of emulation. 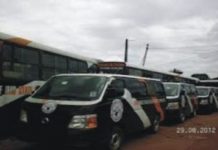 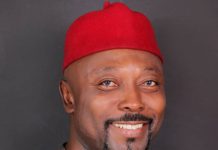