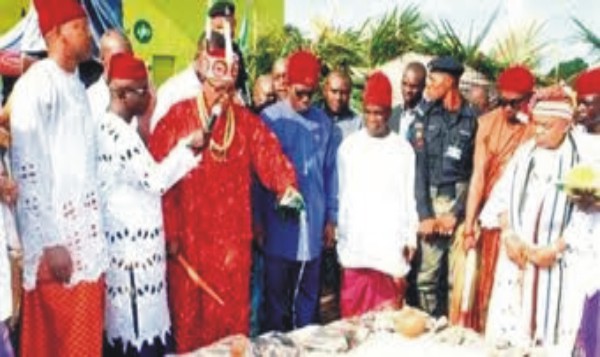 The People of Owerri Zone in Imo State have made it known that for one particular zone to continue to man the Seat of power in the State is the height of injustice and may lead to reactions not favourable to the unity and development of the State.
This was disclosed by Hon Oliver Enwerenem Chairman, Organizing Committee of this year’s Coalition for Owerri Re-Awakening at an event which took place in Owerri on Wednesday.
Enwerenem a former member of Imo House of Assembly who spoke the mind of his Owerri people maintained that Owerri Zone has been taken for granted in the Imo polity because of the urbane nature of their people, and warned that it will not continue.
“A situation where one zone continues to govern Imo State by hook or crook or “Ben Johnson way” may lead to developments that will adversely affect our unity in Imo State” Enwerenem said.
He disclosed that Owerri will no longer tolerate the injustice meted to her people, warning that even if Heaven will fall let it fall.
“We will no longer tolerate it. Even if Heaven will fall, it is now more than enough for Orlu Zone to continue, or scheming to rule Imo State” he hinted.
Enwerenem did not spare those who he described as saboteurs who join other political zones of Imo State in marginalizing and subjugating Owerri Zone, adding that the Day of doom is waiting for such Owerri Sons and Daughters.
“As for those Owerri people playing “Boys Quarter Politics” or second fiddle role, Owerri Zone is waiting for them even as posterity has already consigned them to the hall of shame” he stated.
He lamented how Owerri people have helped other zones in Imo State to attain political power in the State, but such zones have refused to extend such gestures to Owerri Zone, adding that it cannot continue.
It would be recalled that since the inception of the current political dispensation in 1999, Orlu zone has ruled Imo State for sixteen years under Governor Achike Udenwa and Rochas Okorocha.
Yet, another Orlu Governor, in the person of Senator Hope Uzodinma is presently on the saddle.
Okigwe Zone had governed for four years during the Governor Ikedi Ohakim era.
But Owerri zone has not tested the throne, except for the seven months Governor Emeka Ihedioha was on the seat, before he was removed in office through the court by an Orlu man.
Meanwhile, Owerri people looking back, have been wondering if it would have been better that Owerri grabbed power in 1999 when one of their sons, Chief Innocent Nwoga was the Imo State Chairman of the Peoples Democratic Party, PDP, which handed the party’s ticket to Orlu man, Chief Achike Udenwa, even when Owerri had the opportunity to pick Bar Humphrey Anumudu from Owerri Zone, who was more qualified than others.
Since that “1999 Mistake”, Owerri zones has not won Imo Governorship, as Orlu uses her numerical strength to out manoeuver Owerri Zone from the Seat of Power, in Douglas House, Owerri.